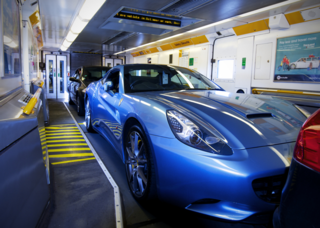 The problem with the French language is that everything - for example the word for a tax expert (fiscaliste) - sounds glamorous, whereas - even in le monde francophone - everything isn't. The name of my overnight stop for this evening - Verviers, in the French-speaking part of Belgium - sounds delightful but is a bit of a dump.

The hotel is clean and comfortable, despite a large party going on for a Belgian hipster clientele. In fairness, a group of young party-goers who were parked next to Speranza - a crowd climbing into a tiny Toyota as if it were a Tardis - were very careful not to bang their doors against her when they left. Judging by appearances, I would never have expected such consideration. Let that be a lesson to me.

I took a stroll through the town earlier to qualify the impression formed by the concrete elevated highway I can see from my bedroom window. There is a actually a faded grandeur to it. All I knew of the Ardennes was paté de campagne and the Battle of the Bulge. It seems it was also - in the 18th and 19th Centuries - the second most industrialised place on Earth after the satanic mills of England. 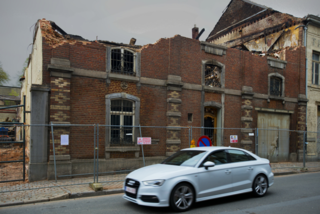 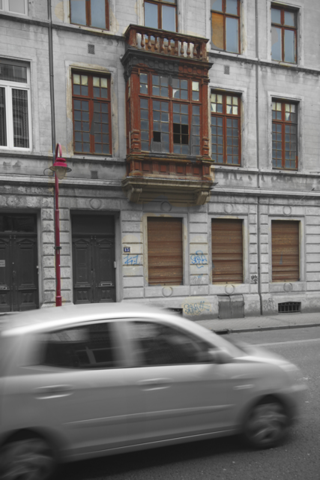 Verviers was, like several cities in Northern England now in a similar state, a textile town. Some of the old industrialists' houses still stand, providing - for example - the most stunning surgery for a vet I have ever seen. And my hotel was once the Customs House for a larger railway station than the place needs now. I did note the influence of the original and best Tom Paine in this unlikely spot. There is a roundabout named after his "Rights of Man". 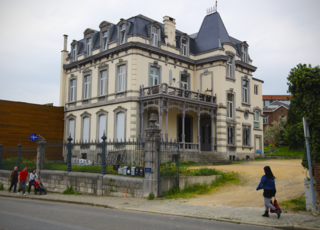 I guess I was expecting an Ardennes idyll but got a Belgian Bradford. Yesterday, the mention of Belgium would only have evoked luxurious chocolates and superb restaurants for me. That impression was of Brussels. Now I have a more nuanced view of this little country. Though I am still amused that its two most famous citizens - Tintin and Poirot - are fictional. 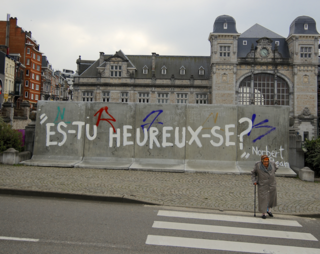