The Failings of Grayling (Part 2)

In fairness to Professor Grayling, this post could be written about most British academics. I only single him out because I have been reading one of his books,  “The Meaning of Things.” I read it in response to his rebuke that I had judged him harshly on too little data. He is, alas, neither better nor worse than the average British academic.

Consider, for example, Roger Scruton's observations based on an academic career partly at the same college as Grayling;

By 1971, when I moved from Cambridge to a permanent lectureship at Birkbeck College, London, I had become a conservative. So far as I could discover there was only one other conservative at Birkbeck, and that was Nunzia—Maria Annunziata—the Neapolitan lady who served meals in the Senior Common Room and who cocked a snook at the lecturers by plastering her counter with kitschy photos of the Pope.

One of those lecturers, towards whom Nunzia conceived a particular antipathy, was Eric Hobsbawm, 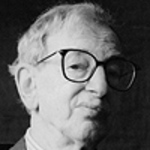 the lionized historian of the Industrial Revolution, whose Marxist vision of our country is now the orthodoxy taught in British schools. Hobsbawm came as a refugee to Britain, bringing with him the Marxist commitment and Communist Party membership that he retained until he could retain it no longer—the Party, to his chagrin, having dissolved itself in embarrassment at the lies that could no longer be repeated. No doubt in recognition of this heroic career, Hobsbawm was rewarded, at Mr. Blair’s behest , with the second highest award that the Queen can bestow—that of “Companion of Honour.” This little story is of enormous significance to a British conservative. For it is a symptom and a symbol of what has happened to our intellectual life since the Sixties. We should ponder the extraordinary fact that Oxford University, which granted an honorary degree to Bill Clinton on the grounds that he had once hung around its precincts, refused the same honour to Margaret Thatcher, its most distinguished post-war graduate and Britain’s first woman Prime Minister. We should ponder some of the other recipients of honorary degrees from British academic institutions—Robert Mugabe, for example, or the late Mrs. Ceausescu—or count (on the fingers of one hand) the number of conservatives who are elected to the British Academy.

While Grayling is intelligent and articulate the abiding impression left by his book is that he is unremarkable in his thinking. His opinions are as groomed as his flowing locks. There is no cliché out of place. Had he spent his life shaping his views to qualify as one of “the Great and the Good” of our Establishment, this is precisely where he would have arrived. One can predict his view on almost any given subject without effort.

The failings of Grayling (Part 1)

I have just read Professor A.C. Grayling's book The Meaning of Things. The book is a collection of his pieces published as "Last Word" columns in The Guardian. If you feel ideologically out of place in modern Britain you should read it. It will not make you feel less alienated, but it will explain a great deal.

You would not know it from reading this book, but those of us who fear for liberty in Britain owe Professor Grayling a debt. In the very heart of our darkness (the Guardian's Comment is Free columns) he has written strong words against New Labour's attacks on civil liberties. He has exposed the Right Honourable Anthony Charles Steven Lynton Blair's twisted thinking on ID cards and the Database State. He has articulated what so many of us in the British political blogosphere feel in our wrenched guts, which is that New Labour is an enemy of individual freedom. Only an academic could be surprised by that. Almost a century of history has taught the rest of us that those who despise carrots inevitably favour sticks.  Yet an English academic capable of writing the following is worthy of our respect:

But no amount of giving away hard-won, long-standing civil liberties is going to defend us against the tiny minority of criminals and lunatics who can, if determined enough, do us harm. The right response to them is not to hide away behind generally ineffective laws that restrict our freedoms but to assert our freedoms boldly and to live them courageously.

He is also sound on the subject of free speech, as this quotation from an online interview at Three Monkeys Online (in which he was asked about the imprisonment of David Irving for holocaust denial) shows:

I have no time for revisionists and Nazi apologists, and in so far as Irving is such (and is provenly at least the former), I have no time for him. But it was quite wrong to put him in prison for his unsavoury views. The freedom of free speech results in our hearing plenty of things we do not like, but the right way to combat bad free speech is with more and better free speech, not with the law and certainly not with imprisonment or censorship.

Professor Grayling took me to task for lack of intellectual rigour when I set out my first impressions of him after hearing him speak at my daughter's school. He commented that:

I have tried and will continue to try to respond positively to that rebuke. It is taking a while. I am no aristocrat of academia. The people pay no tithe so that I may read, research and think without distraction. I have a business to run, a heavy schedule of travel and a family with which I like to spend time. I have read more of his writing however and in the light of the articles cited above, I accept that it was entirely wrong to describe him as;

an apologist for New Labour's and now Blue Labour's despotic approaches to government.

I did not, indeed, take enough care over the assumptions I made when writing that. I apologise unreservedly.

Professor Grayling balks at the extremes to which the Rt Hon. Anthony C.S.L. Blair has taken New Labour thinking. Having read The Meaning of Things, however, I fear he must take his share of the blame. He has, together with so many fellow-academics with "a permanent list to port', helped fertilise the intellectual soil in which Blair's political bindweed has flourished.

Posted at 07:42 AM in AC Grayling, Books and Authors, Education, Guardianistas | Permalink | Comments (3)

Yesterday, I attended a lecture by Professor A.C. Grayling. His subject was Responding to Socrates: Philosophy and the Making of the Best Life. Grayling is a good, if rather affected, speaker. He's big on affectation actually, with his flowing locks and cravat. I welcome such signs of rebellion against the grey, puritan spirit of modern Britain.

There is little of the rebel in his thinking, however. A regular contributor to the Guardian, he seems to me, while undoubtedly a serious thinker, very much an apologist for New Labour's and now Blue Labour's despotic approaches to government. His political views have, as he has put it himself, "a permanent list to port."

His subject was how to respond to the challenge in Socrates' statement that "the unconsidered life is not worth living." This thought is at the heart of post-Enlightenment values in the West. I could not agree with Socrates more. I could hardly agree with Grayling less. As he spoke, he seemed the model of the reasonable man. Everyone, he argued, should try to plan his goals in life, based upon his inclinations and according to his talents. As his life unfolds, he should consider the extreme responses to every choice that faces him, only so as to steer the middle path between them.

Grayling's opinions, rooted firmly in the classical tradition, seemed sagely liberal. The ancients, he explained, valued the martial virtues of courage, strength and endurance but Socrates favoured the "civic virtues". These, according to Grayling, mean that a man should follow his own inclinations only insofar as they do not conflict with the interests of society.

Man is, of course, a social animal. A civilised man should respect others in his community. The danger, however, is in the nature of that "respect" and the way in which it is enforced. I accept I have a duty to do no physical harm, but reject (mere politeness apart) any duty to spare another's feelings. My freedom to express myself is not limited by the sensitivities of those around me. I expect of them pre-Socratic virtues in the face of my words, if not my deeds. Unlike most in modern Britain (and unlike the law) I therefore respect the freedom of Umran Javed to call for the bombing of Denmark and the United States, while not respecting his right (had he the martial virtues) actually to do it. What he says may be infuriating, but I claim no right to assault him, either personally, or by the use of State power on my behalf, for saying it. In return, I expect equal forbearance if I call (for example) for the abolition of the the Commission for Equality & Human Rights, or the bombing of Tehran.

Professor Grayling would consider me lacking in "civic virtues" on all these counts. I also consider that I should be able to choose whomever I please as my friends, colleagues, customers and suppliers. Professor Grayling disagrees. He pompously declaimed that he was against "discrimination of all kinds." Let us pass lightly over the fact that, in saying this, he abuses the English language. It was clear from the cut of his clothes, for example, that he discriminates firmly in his choice of tailor. I assume he meant to say that, with tedious conventionality, he disapproves of discrimination on certain specific grounds; the currently fashionable ones being race, sex and sexual orientation. On this basis, he was firmly against the Catholic position in relation to the new Sexual Orientation Regulations.

He is strongly anti-clerical in his views (although he was sickeningly unctuous to the religious in his audience in regretting his strong tone against churchmen in the past). It seems to be his view that the religious man by definition lives an unconsidered life, perhaps on the basis that faith is the opposite of reason. As my readers know, I am as much an atheist as Grayling. However, I hope I have the humility to accept that others may arrive at different conclusions, even after all due consideration.

Given the failure of the Socialist idea as a justification for State power, would-be totalitarians are on a quest for a replacement. The members of the proletariat having proved resistant to the temptations of the dictatorship offered them by Socialist Statists, today's "true believers" have sought to replace them in the vanguard of tyranny with "oppressed minority groups." Ever greater powers are demanded to prevent others (to most of whom the idea had never occurred) of "discriminating" against such groups. So effective has this tactic been that a ludicrous game of "trumps" is now underway, as the Statists try to work out which victim group outranks the others on any given issue. Meanwhile, all except the hapless, despised white working classes (the last acceptable hate figures, as Jade Goody recently found) vie with each other for victim status, so as to increase their claims to the "protection" of the State and the money extorted from its taxpayers.

The more victims clamour for protection, the more powerful it seems the State must be. The more our every move is seen to cause nebulous harm to such groups, the less free we are to live as we please, however considered our choices may be. It is possible so much to qualify a thought as to make it meaningless. That seems to be Professor Grayling's approach. I was sad to see him so well-received by an audience that should have known better.