Our first photo shoot of the workshop was from the roof of an Edinburgh office building. It has one of the best views of the castle and also some interesting perspectives on the street below. I ventured a little long distance street photography, though it felt like cheating at such a safe distance. The rest of the evening was spent getting to know our group of photographers - mostly from America - over dinner. 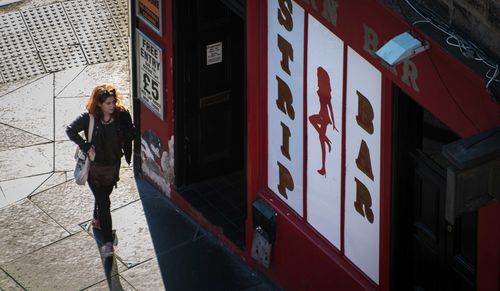 In the morning we will set off on our motor tour of Scotland. Our first stop is Pitlochry.

A day trip to England

Today was a day off between yesterday's lighting seminar and the week-long photo workshop that begins tomorrow.

I have been watching the History Channel's "Vikings" recently and realised that Lindisfarne - where the show's hero Ragnar Lothbrok first landed in England and sacked the Abbey- was a day's outing from Edinburgh. I set off after breakfast in cool but sunny and dry weather; perfect for driving. A great run down the A1 to Berwick-on-Tweed was marred only slightly by the frequency of the speed cameras. I crossed the causeway to Holy Island with Speranza's roof down to savour the salt spray and arrived in time to explore the still-standing church and the Abbey ruins before lunch. 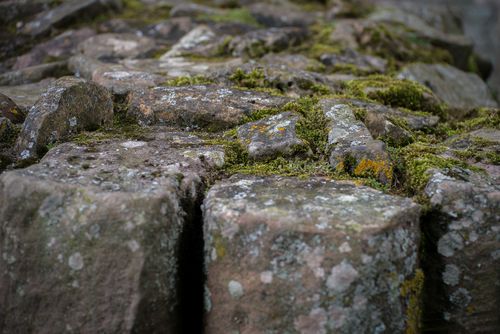 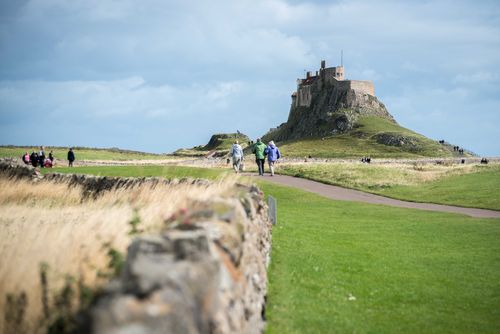 Lindisfarne Abbey is not the most beautiful set of ecclesiastical ruins in Britain. It's still something to stand there and think of our distant ancestors building something so magnificent at a time when a water-tight hut was a luxury. After my historical reverie, I lunched at a pub with a view of the Castle and then walked out towards it. 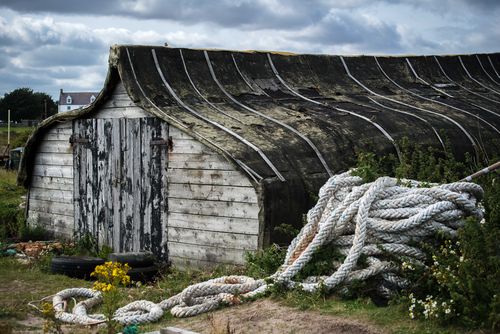 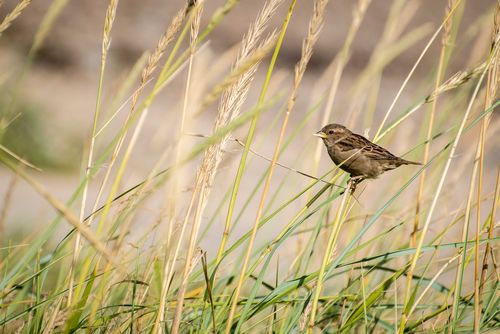 On the way back from Holy Island I parked up at Berwick Pier and strolled - as well as one can burdened with tripod and camera gear - out to the lighthouse at the end. Only a few fisherman and a local photographer with tripod and similar intent were there in the cold afternoon sunshine. 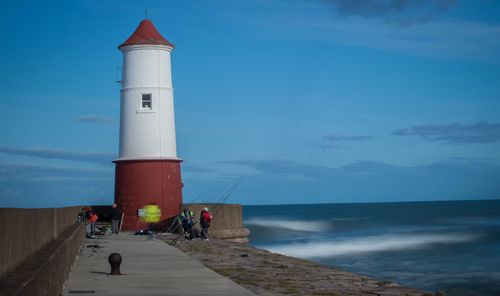 Speranza sped me back to Edinburgh in time for a relaxing dinner. Tomorrow evening the workshop begins with an initial meet and greet and student/faculty dinner here in Edinburgh. On Monday our group hits the Scottish roads in a bus with Speranza and me in pursuit.

Nothing enthuses me more than being in the presence of a photography "great" and watching him experiment in front of my eyes. I have nothing to report by way of travelogue today because all I saw was the inside of an Edinburgh hotel's conference room where Joe McNally was conducting a flash photography workshop. 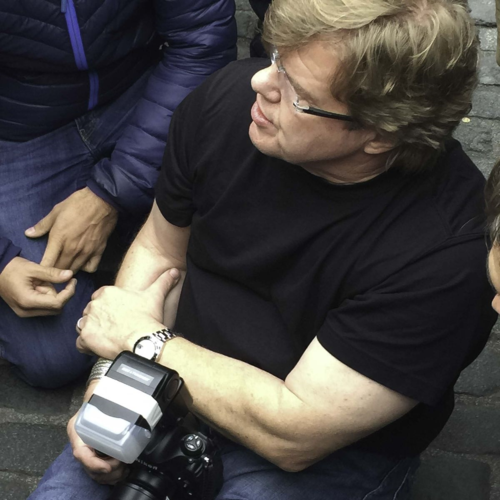 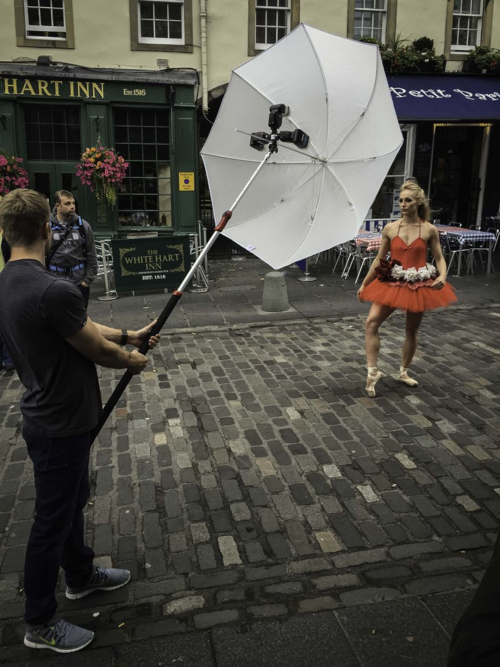 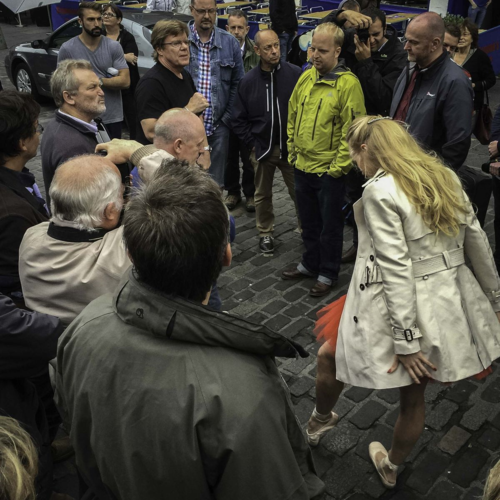 At the end of the day Joe led us out onto the street and continued the workshop shoot in front of bemused passers-by. His exuberance was - as always - inspiring. He claims still to be in love with the click of the shutter. We left his workshop with a little piece of that excitement.

Tomorrow I have a day off from photographic studies and plan - depending on the weather - to drive to Lindisfarne and back. The map of my tour is here and my photos from this trip can be seen here.

Speranza and I are off to Bonnie Scotland for ten days. I am taking part in two workshops with photography legend Joe McNally, whose work – if you don't know it already – you should really take a look at. You may have heard of his "Faces of Ground Zero" portraits – taken on a giant Polaroid camera that produces life-size instant prints. Here's a video of the man at work at the top of the Burj Khalifa Tower.

After a one day seminar on the use of flash in Edinburgh, we will take to the road around Scotland for a few days.

I have been on a course with Joe before (last year in Vienna and Prague). He's as amiable as he's talented but prides himself on the severity of his critiques. If you want your photos praised your friends and family will always "like" them for you on Facebook, regardless of their merits. If you sincerely want to improve however, you had better hear the truth. So Joe channels the New York photo editors of his early days and tells it like it is. It's demoralising but educational and is certainly a test of commitment to the craft.

Scottish broadband and post-Joe remnants of self-esteem permitting, I shall post some of the hundreds of photos I shall be taking here.