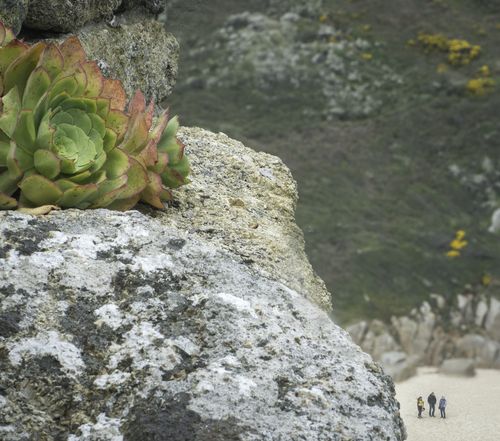 Speranza took me last week to another place I have never been before. Cornwall. I know my home islands quite poorly, having spent twenty years abroad. If I had thought of Cornwall before, it was because of Rick Stein or Poldark or the dim notion that there was another set of nationalists there ready to make a nonsense of the "U" in UK given a chance. I am sure it's not news to anyone, but it's beautiful. If wisdom is a rising sense of shame at one's ignorance, then I am wiser today than yesterday.

I was particularly moved by the Minack Theatre. The "folly" of a rich woman, it's actually one of the wisest expenditures of money and effort I have ever seen. I now have to return to Cornwall if only to see a performance there in what must be one of the most striking venues for live theatre in the world.

The picture, by the way, is a view from its tea room!