India has a lot going for it. Unlike Britain, where our intellectuals mostly deserve our anti-intellectualism, its population is divided between those who are highly educated and those who are not but devoutly hope their children will be. It is the world's largest democracy, speaks the international lingua franca of business and is blessed with the Common Law system. The latter is well suited to economies in rapid development, as it makes for more flexibility in crafting novel contracts and means the courts can adapt the law to changing circumstances far faster than any legislature could.

Yet there are problems in India too. Mainly corruption, but also protectionism. Other emerging economies have joined the rich world by opening their minds as well as their borders. Russians can't trust their judges so they have allowed international lawyers to "offshore" the process of dispute resolution by the use of foreign arbitration. Purely Russian businesses often structure their contracts through offshore companies simply to have them governed by English Law and any disputes resolved in London. India's legal and political elites are so far having none of that. Their reforms to date allow foreign investment only in tightly-controlled circumstances under rules that make investors nervous both about repatriating profit and the eventual exit of their capital.Though its own companies are welcomed elsewhere with open arms, India is not truly open to foreign investors.

The local legal profession has recently also raised fundamental doubts about India's justice system as I blogged here. I accused the lawyers concerned of cowardice, but an Indian friend tells me they are more likely to be responding to political direction of some kind; that the Indian government probably doesn't want the accused men to be defended by anyone competent. That adds further gloom to an already dark picture. There is a well-established correlation between the rule of law, which requires an independent judiciary and legal profession to function, and economic development. Despised though lawyers often are in Britain, its attraction to international investors is largely based upon the fact that our contracts mean what they say (as interpreted by independent judges with the assistance of independent lawyers) and not what the government of the day wants them to say.

When English judges refuse to deport Berezovsky, the Russian government fulminates, but Russian business-men (and others in the growth markets of the world) are impressed by their independence. India's lawyers are not helping either to impress us with the quality of their courts and their profession or the ability of either to resist government influence.

Finally, there is the rather regal attitude of India's public servants. A neighbour visiting Bangalore emailed me today about the inscription over the pictured building, the local state legislature. It reads, incredibly,

Knowing my opinions of state power in general, he thought of me immediately!

Until such attitudes change, India cannot realise her great potential. It would be inconsistent of me to predict otherwise given that the increasingly godlike arrogance of the British state largely fuels my fears for our own future prosperity.

I am pleased to announce a big project for this blog in 2013. I shall be shipping Speranza (pictured) to the USA and embarking on an epic tour of 48 states. I will be in NYC from 25-28th April taking part in a National Geographic photography course to hone my skills before setting off in search of suitable backdrops for pictures of my comely car to feature in a planned photobook. 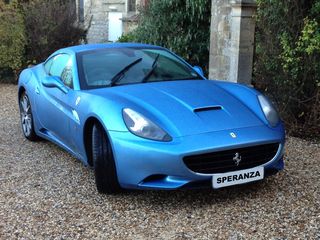 The road trip begins in Livingston, NJ on 29th April and I will first head up to New England to visit the original colonies. I will then describe a zig zag course across the continent to the West Coast and back. I will publish further details of the itinerary here as it is firmed up and will be blogging and tweeting details of the trip as it proceeds. I estimate it will last at least two months.

I hope to meet as many US readers as I can en route so do please let me know in the comments if you want me to drive by your local coffee shop or diner for a blog meet tete-a-tete. Or just sign up to the "Tour of the USA" event at my Facebook page. I will modify my itinerary accordingly wherever I can. You won't find it hard to identify me. You will hear Speranza arrive, I promise, and how many 6'7" tall limeys live in your town?

I would love it if American readers could also suggest the best places to visit. What are the most attractive or unusual locations in your home state? What locations associated with my namesake and hero - the original and best Tom Paine - should I visit? What would be the most awe-inspiring - or amusing - place you can think of to photograph Speranza? More seriously, I would love the chance to attend any Libertarian events taking place during my visit.

I hope to get to know a place I have loved from afar since watching Rawhide, goggling at Apollo launches and reading superhero comics as a boy. I have spent time there on business and as a tourist, of course, but my view of the country has still largely been formed - like that of most foreigners - by American literature and cinema. Neither is consistently kind to a country that - from the Americans I have known - I suspect is a far better place than its disloyal intellectuals would have us believe.

This trip will be my attempt to find the real America. Please help me.

The rape and murder of a 23 year old student in India is a hard case that risks making a lot of bad law. Particularly in a society where the legal profession has lost its ethical way. I could not believe it when I read in the linked article from the Daily Telegraph;

Lawyers at the court in New Delhi told AFP that they would not defend the suspects, meaning that the government would have to appoint advocates for what will be a fast-tracked trial. "We have decided that no lawyer will stand up to defend the rape accused, as it would be immoral to defend the case," Sanjay Kumar, a lawyer and member of the Saket District Bar Council, told AFP.

I was a criminal defence lawyer, briefly, at the beginning of my career. I enjoyed the actual advocacy but did not have the temperament for other aspects of the job. While I was doing it though, I did my best for my clients, regardless of my personal feelings, because that was my duty. For all the sneering I encountered from less-enlightened policemen and other bar room "thinkers" I met during that time, it was - and is - an honourable and necessary task. When, that is, it is performed in accordance with the profession's ethics.


I am disgusted that some of my learned colleagues at the Indian Bar should have refused to defend the accused men in this case. It is worrying if the most populous Common Law jurisdiction in the world has so far forgotten the principle of the presumption of innnocence. I well understand that the practice of law is a business like others in most respects. The advocates in question are no doubt afraid of being attacked by the uneducated mob for "siding" with men accused of a vicious and wicked crime. They no doubt fear losing future business. Perhaps they think their foul, populist declaration will win them goodwill.


However lawyers are not mere mercenaries but samurai. They fight for those who pay them, regardless of their own view of the issues, but they fight according to their own code. If they are not prepared to adhere to the profession's version of bushido, then a career in some other field beckons. Frankly, any employers or customers in that new field should worry. Men of such low principles will probably always put their self-interest before that of those who pay them.


Shame on you, Sanjay Kumar, and shame on the so-called lawyers you represent. You are supposed to serve justice, not the mob. If this report is true you should all be struck off.

2013 is Going to be the Best Year in Human History

A Very British Dude: 2013 is Going to be the Best Year in Human History.