The Last Ditch: When will we ever learn?

The quote in my post on Shakedown Socialism stimulated Suboptimal Planet to think of buying a copy of Oleg Atbashian's book as a Christmas present for his Labour-voting Welsh relatives. It also reminded commenter 'martiness' of the short story Harrison Bergeron by Kurt Vonnegut.

Which leads me to ponder, what would be the best book to buy for statist friends and relatives this Christmas; the one most likely to blast them out of their dangerous ruts of thought? After all, what could be more in the Christmas spirit than a gift that might just redeem a sinner?

Animal Farm and 1984 are the obvious suggestions. Too obvious perhaps. Besides, as they are friends and relatives of someone intelligent, they've almost certainly read them already. Welcome to the Monkey House, the book of Vonnegut's short stories that includes Harrison Bergeron sounds like a more subtle choice.

Any other ideas, ladies and gentlemen?

Whose life is it anyway?

Watching Mr Clegg yesterday (and the editorialising about his comments on the BBC News) made me cry out in anger for the first time in months. Not because politicians have been behaving themselves, but because my life experiences had put their disgraceful manoeuvrings into context.

"Do these *******s know no limits?" I asked Miss P the Elder rhetorically and resolved to blog this morning when calm had returned. Mr Puddlecote has saved me the trouble. Please go, read him in full and weigh in with your comments while your right to do so remains to you.

When will we ever learn?

I am currently reading this excellent book by Oleg Atbashian of the wonderful blog called The People's Cube. It resonates with me because, during my  19 years in post-communist Eastern Europe, I met many people like him who, as he puts it,

...believed, in my parochial Soviet ignorance,  that the spectacular failure of forced equality in my country would serve as a repellant for the rest of the world, making sure that people would stop solving problems by bringing everyone down to the lowest common denominator. Little did I know.

Much of the book is focussed on the path to communism being beaten by the American trade union movement. This came as a considerable shock to a refugee from the aftermath of failed communism in the former Soviet Union and there is much insight to be found in his, at times, despairing comparisons. What led me to put down the book and blog about it however, was this passage;

If some people had wings and others didn't, and the government wanted to enforce "fairness', soon no-one would have wings. Because wings cannot be redistributed, they can only be broken. Likewise a government edict cannot make people smarter or more capable, but it can impede the growth of those with the potential. Wouldn't it be fair if, in the name of equality, we scar the beautiful, cripple the athletes, lobotomize the scientists, blind the artists, and sever the hands of the musicians? Why not?

Why not indeed? I love to see truths so starkly spoken. What does it tell you about our society though, that part of me wishes to say "Hush Oleg, don't give them ideas?" 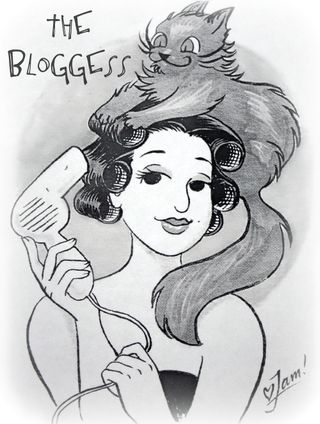 One of the most amusing voices on the internet is that of The Bloggess. She is the antidote to gloomy bloggers like me. She makes me the gift of a smile almost every day and some days in the past year that's been quite an achievement. The link above is to her Christmas (and Hanukah) appeal. It's done her way but something tells me it will work. Last year she raised $40,000 'by accident', which is more than this blog has ever done on purpose, so she's made me the gift of humility too. I have donated to one of the suggested charities and I recommend that you do too. If you don't like the look of them, then don't be a grouch; choose your own. Just make sure it doesn't appear here, ok?