President of Poland Killed in Plane Crash in Russia - NYTimes.com.

My daughters grew up in Poland. Our family lived in Warsaw for 11 years until we moved to Russia in 2003. I have great affection for the country and am proud to number many Poles among my friends. To lose so many in an air crash, regardless of their eminence, is already a national tragedy. That the dead include so many national leaders en route to a solemn commemoration of a national tragedy only makes it more poignant.

I sincerely hope that the fact that the accident took place on Russian soil will not damage relations so recently improved by Prime Minister Putin's frank renewed acknowledgement of the truth of Katyn. At another recent ceremony, he said that the massacre was one of many crimes of the Soviet Union's "totalitarian regime".

We bow our heads to those who bravely met death here. In this ground lay Soviet citizens, burnt in the fire of the Stalinist repression of the 1930s; Polish officers, shot on secret orders; soldiers of the Red Army, executed by the Nazis.

I winced slightly to read that the crew had ignored the advice of air traffic controllers to divert to another airport, choosing to land at Smolensk in dense fog (presumably so as to arrive in time for the ceremony). I would not be surprised if that was authorised by the leaders on board. If the Polish nation has a weakness, it is that its collective courage has sometimes tended to exceed its prudence.

Whatever the cause, my sympathies to the families concerned and to the Polish nation. 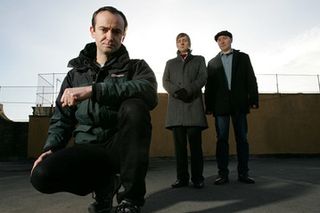 Some more intemperate readers may hope the link refers to the leadership of the Conservative Party. Sorry, chaps. It's the title of a new documentary film. As the film makers' publicity puts it:

David Bond lives in one of the most intrusive surveillance states in the world. He decides to find out how much private companies and the government know about him by putting himself under surveillance and attempting to disappear a decision that changes his life forever. Leaving his pregnant wife and young child behind, he is tracked across the database state on a chilling journey that forces him to contemplate the meaning of privacy and the loss of it.
Need I say that "intrusive surveillance state" is New Labour's Britain? This filmed game of hide and seek should make an interesting movie. At least it's good that someone is picking up on - as my tag line has put it since I started this blog five years ago - "the death of liberty in Britain".

The election campaign already leaves me cold, because I can imagine no outcome that will make our country better. Three packs of wolves have fallen on our unfortunate fold. Does it matter which way we run?

The fact that it's likely to be close should at least be piquing my interest, but it's not. No party with a chance of forming, or being part of, a government will in any way get the state off our backs No party is dangling the keys of the prison door. We are being graciously asked to choose in which cell to spend the next five years.

If you are lucky enough to have a Libertarian Party candidate in your constituency, please vote for him or her. I harbour no illusions of electoral victory, but your vote will not be wasted. You will help to remind the political class that individual freedom matters.

Failing that chance to light a candle in the cursed darkness, I can only repeat advice I gave many years ago in Warsaw to my elderly Polish teacher. About to vote for the first time in her life, she told me, "I don't know what to do, because they all promise things that sound good." I told her to ignore pretty promises and "choose the candidate you think most likely to do least harm."

Cynical, perhaps, but not a bad approach.

The important point in this story is that our Parliament enacted a law without knowing it would cost £404 billion. Come to think of it there's another important point; our journalists are so lame that the said important point will not be the top item on every news broadcast and the front page lead of every newspaper today.

Arguably, there's a third important fact; our laws are so lame that it is not treason to vote so negligently.

Breaking news from the planet Zog... 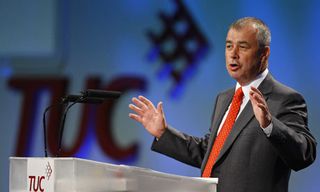 "The nobility, united, shall never be defeated!"

In my exclusively private sector world of late, friends have lost their jobs or their businesses; some at a time of life when it will be hard to recover. Companies I have worked with (and for) have gone broke. My own firm has made redundancies. Only one of the students who graduated with my daughter last year has found a paying private sector job. The private sector bore not merely the brunt, but the entire effect of the downturn. Just as (with the transfer of almost a million jobs to the pubic sector under Labour) it took the biggest hit in the upturn - paying ever higher taxes to fund public sector jobs (or pay increases) for Labour's captive voters. People who should not, in a just society, even be allowed to vote - given the obvious conflict of interest they have with the taxpayers.

Meanwhile, what has the public sector borne? Nothing. No cuts. No redundancies. Nada. When I visit England, the tills in the shops in my Northern home town are ringing with sales to a largely public sector workforce unaffected by the crisis. When I visit London, the only English accents I hear in the hotel bars are of public sector employees with suddenly enhanced purchasing power. So when Brendan Barber, Grand Panjandrum of the Trades Union Congress, threatens political strikes against a future Tory government;

...if the public sector bore the brunt of cuts...
I can only utter a hollow laugh.

Labour has inflicted a new aristocracy on our country. A diminishing number of workers in the productive economy now work for half their year to support a whole class of parasites, many almost entirely idle and almost all (apart from the frontline workers Labour likes to focus on) entirely unproductive. They enjoy a higher standard of living, greater job security, more perks, less stressful working lives and pension entitlements beyond the dreams of the private sector workers whose children will be taxed to pay them. The forced labour of the oppressed minority in the private sector (working until the middle of each year to support these aristos) goes far beyond any of the impositions that triggered the French Revolution. Yet now these "New Toffs" threaten to slash and burn what remains of the frail economy if anyone dares challenge their privileges!

It makes one think of cuts that's for certain: the sort a guillotine in Parliament Square might inflict.