Channel 4 is calling for nominations for its Political Impact Award 2009. I suggest we all nominate Damian Green MP. We must all at least hope that the scandalous abuse of executive power to humiliate a political opponent (and intimidate public servants into concealing government cock ups) will have the most serious political impact of the year.

Please follow the link above to find out how to make your nomination. I have already submitted mine.

A reader sent me this photo, taken last week in New York, together with some kind words of praise and encouragement. They were particularly well-timed, as Mrs Paine has serious health problems at present. I am blogging this from her hospital room right now, as it happens, while waiting for her to return from the operating theatre. The prognosis is good, but we have some tough times ahead. I find the blogging therapeutically-distracting (you may have noticed an increase in the posting rate) so will try to keep it up. Thank you, sir. 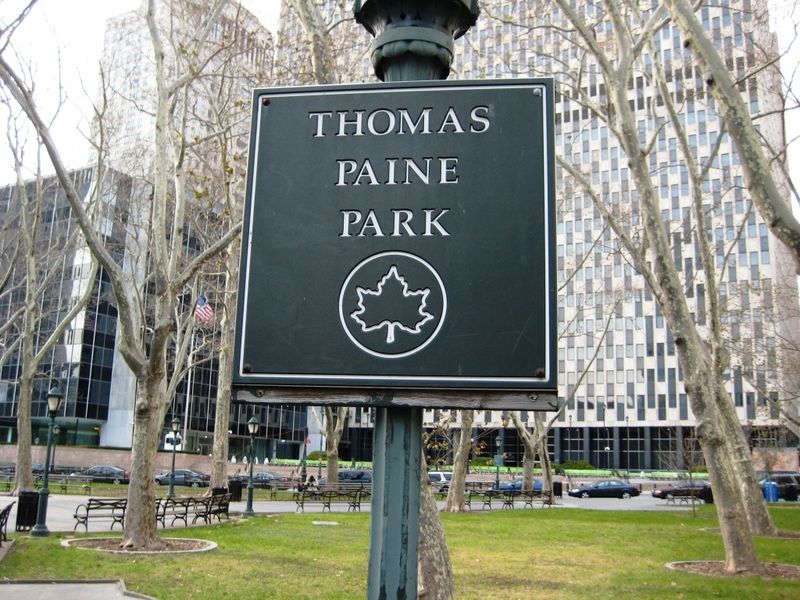 The Convention for Modern Liberty

Across Britain, on 28th February 2009, a convention organised by the Joseph Rowntree Foundation, openDemocracy, No2ID, Liberty and (implausibly, I know) the Guardian, will bring as many people together to see what common ground can be reached in defence of our freedoms. Finding common ground on liberty with Guardianistas will be interesting. It will ask three broad questions: This is an excellent initiative, and well-timed. The government has had the field to itself for far too long. I plan to try to attend the event in London. I urge as many of you as possible to do likewise and hope to see you there. 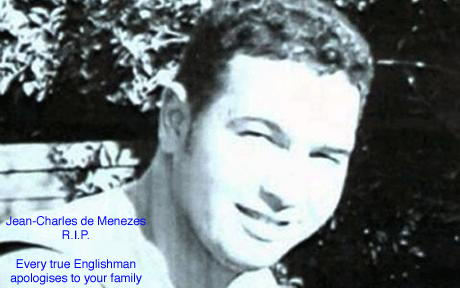 It was too much to hope for a lay jury to ignore the coroner's inexplicably strong direction that they had only two choices of verdict. This, even after the defence team walked out in protest and the bereaved family made their feelings clear. I imagine the six-day discussion resolved into the usual conflict between the authority-trusting and the rest. At least the "open" verdict confirms the jury was not satisfied that this was a "lawful killing" (the only other option the coroner offered).

I am sorry for his family, who must now be losing hope of truth or justice. I can only apologise. I am ashamed of my country and wish I could offer you better consolation in your grief. I hope that you will discuss with your learned and distinguished counsel the possibility of a private prosecution of the killers, including those (and not just those in the immediate chain of command) who gave the "Kratos" orders.

If funds for legal fees are an issue, I am sure there are many of us willing to donate. I don't think the men who pulled the trigger would be found guilty, but after all the slurs and spin, it might take very strong directions from a trial judge for their political masters to be acquitted.

UPDATE: As the story unfolds, the jury's answers to the series of questions (rather oddly) put to them by the coroner reveal that they believe the police officers at the scene perjured themselves. Given the unanimity of their account (and the unanimity of the other witnesses that their account was untrue) it seems reasonable to infer that the officers conspired to give false evidence. Were this about you or me, there is no question what the Crown Prosecution Service would now do. As it is about the CPS's fellow state agents we can no longer, in this Brave New Labour World,  expect equal treatment before the law.

A man hears what he wants to hear and disregards the rest, Lie-la-Lie 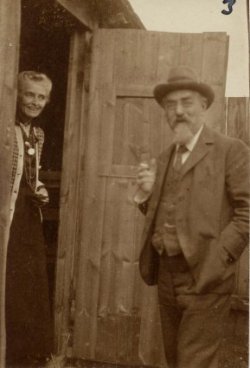 "Gordon Brown has said European leaders have agreed to back an "ambitious and co-ordinated" recovery plan to help their economies through the downturn.

The package, negotiated at an EU summit in Brussels, will see 200bn euros of funding - equivalent to 1.5% of the EU total output, poured into economies.

Yes, quite so. And no Ukrainians died of starvation in 1932/3 either. That's what people of the PM's political persuasion were saying at the time and we need no longer doubt that they are still capable of such massive self-deception. Then, they were useful idiots for dear old "Uncle Joe." Now, they are our very own useless idiots and a living, breathing critique of Britain's democracy. 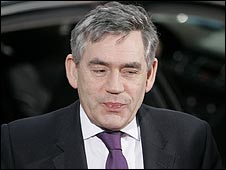 Judging by their choice of picture to accompany this ludicrous statement, it seems even some of the good little comrades at Electronic Pravda the BBC are tiring of Uncle Gord's detachment from reality.

The Millibland is not to be out-Webbed by his political master.

"As the economic war of words between London and Berlin escalated, millions of Britons said they would be happy to boycott German goods as long as it did not involve Volkswagen, Mercedes, Audi, Becks, Lowenbrau, Knorr chicken stock cubes and those chocolate eggs with the toy inside.

Germany, meanwhile, said it would boycott British goods as soon as it could find any"

"It is better to be feared than loved, if you cannot be both": The Family of Colour Sergeant Dura. 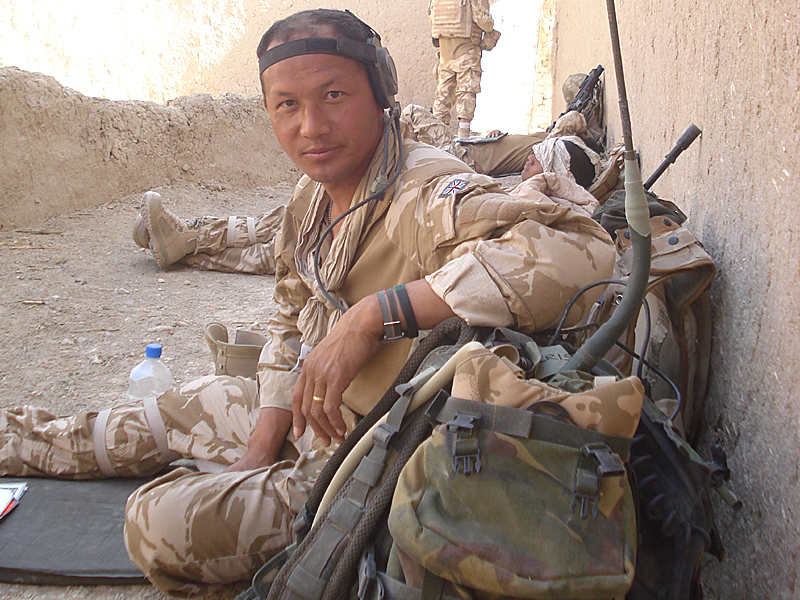 Congratulations to "The Real Machiavelli" for bringing us this story of how our great nation rewards the families of its heroes. If you have a blog, please link to him. As Prodicus (to whom a tip of the hat) says;

To Gordon Brown: Now's the time to produce your moral compass, sunshine

You can find truth in statistics (if you dig deeply enough)

Regular readers know what a fan I am of TED talks. The site is one of the best educational resources on the internet. This talk from 2006 is a perfect example. Hans Rosling, after working for years as a doctor in Africa, now lectures on "global health" at one of Sweden's leading universities. He uses graphics to show statistical trends in the most powerful way, exploding myths as he does so. For me the best moment is when he explodes the large bubble representing Africa into its component parts, showing the huge difference between Sierra Leone at the poor extreme and Mauritius at the rich, healthy extreme (having negotiated international agreements that allowed it to trade more freely). Watch the whole thing. His enthusiasm is so impressive and I guarantee you will have a pre-conception shattered.

...and for your further delectation, here is the sequel from the following year (with a surprise ending)

Jury still out after six days 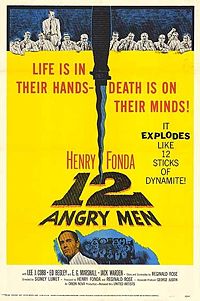 This seems to be the only good news of the day. No jury needs six days simply to comply with directions as clear as were given by the coroner. Someone in that jury room wants to return a (correct) verdict of unlawful killing. I hope they are replaying 12 Angry Men in there and that they all find the courage to ignore the coroner's directions.

The whole British blogosphere is commenting on Minister Steinbrück's remarks, so I thought you might like to read the interview in full. In diplomatic terms it is almost incredible. Friendly nations simply don't speak about each other this way. I cannot imagine he gave this interview without clearing it with his Chancellor, so I think we may safely infer that the Prime Minister has not been winning friends and influencing people at international summits. 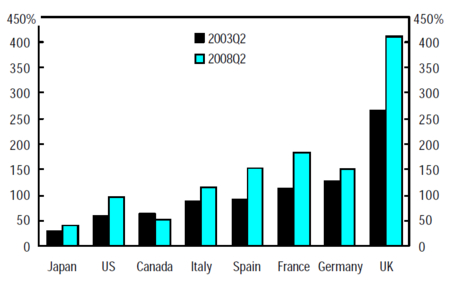 By way of reinforcing the German Finance Minister's view, here is some analysis from Citigroup on the true extent of Britain's debt (click through for explanation of the graph shown here) by way of the Spectator (h/t Old Holborn). I am not sure even "a whole generation" will pay this off.

I am not a swearblogger, but I find it hard to articulate how much of  a mess we are in without saying we are ****ed. All the more so because it seems our fellow citizens, proving once again the wisdom of the young Paul Simon ("a man hears what he wants to hear, and disregards the rest"), are buying Brown's approach.

And not only his approach to economics. The Croydonian (click through for explanation of second graph), an urbane blogger whose elegant writing usually makes me smile whatever the topic, reduced me to despair yesterday. He extracted and analysed certain results from this poll , which belied the "good news" headline under which it was published. 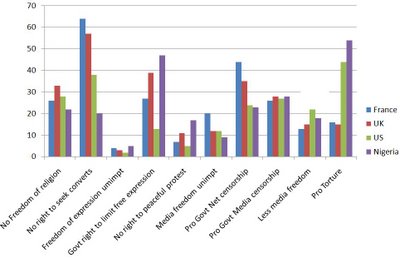 It seems our fellow-citizens care as little for freedom of thought and expression as even Jacqui Smith would have us believe. In the absence of any charismatic leader to guide the nation back towards its values, it seems we are sliding towards tyranny.

Daft little busybodies from Sandwell and Paisley may believe you can spend your way out of debt and oppress your way to freedom.  That's not surprising. These are people who still haven't noticed that their ideas were comprehensively tested on half of humanity during the 20th Century and failed. They haven't noticed that their "caring" alternative to the occasional harshness of the market led to the deaths of millions and the impoverishment of tens of millions wherever it was implemented. They have not grasped the truth in Mencken's famous witticism;

There is always an easy solution to every human problem—neat, plausible, and wrong.

So of course they don't grasp Herr Steinbrück's central (and similar) message;

We know what their excuse is and we can pity them for it, but what's yours?