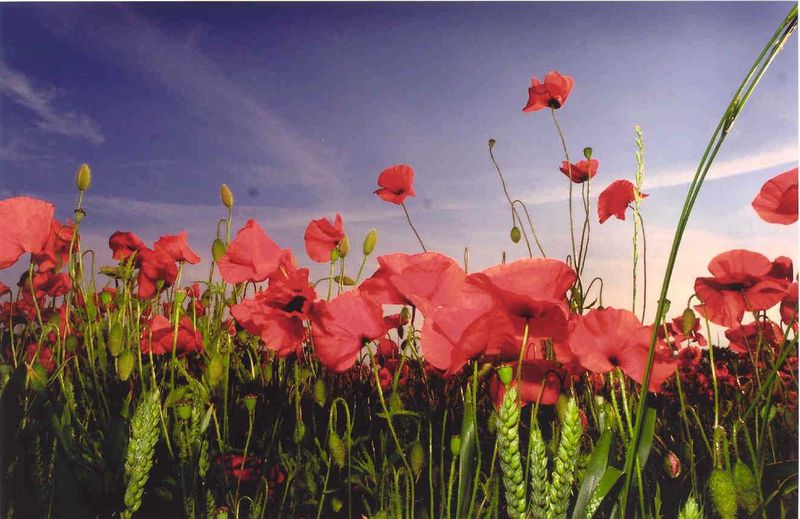 Some cynical nihilism, or, a revolution in the People’s Republic « THE PEOPLE’S REPUBLIC OF MORTIMER.

Please read the linked post. It is very long and written by a LibDem, but it is quite possibly the best political blog post I have ever read. My congratulations to Alix Mortimer are - to be honest - tinged with envy. It is the post I have been trying to write for three years. On a day of despair, when the Scots have yet again proved that there is no Labour government t0o vile for them to support, this is a tiny glimmer of hope. Even some members of the mainstream parties are beginning to understand the full horror of what Labour is doing to liberty.

Since when is the criminal justice system under the personal direction of the Prime Minister? It was wrong for Blair the Plod to ask the question. It was wrong for Blair the Ego to answer it. Guthrum suggests that the PM should be charged with conspiracy to pervert the course of justice. I think - having given the illegal Kratos orders - he should be charged with murder. As both the police and Crown Prosecution Service now seem to be under direct political control, that hardly seems likely.

The War on Truth continues...

h/t Old Holborn, and big H/T to the creator of this little YouTube gem, AlexMasterley, who is (as far as I know, no relation to my favourite cartoon character).

Hie thee over to Tim Worstall's blog for an interesting (and sometimes scary) discussion on the extent to which it is right to use state power to achieve social goals. "Jacob" began the discussion on Tim's post about the economics of alcohol consumption, by saying;

I’m not sure I understand. Why exactly do we not want to corrall people into making certain choices? Seems to me that threat of a prison sentence corralls people into not breaking the law.

An interesting debate ensued, with more such interventions by "Jacob" Eventually this led "Stephen" to make my favourite blog comment of the week;

I’m wondering if Jacob is a bot. That’s possibly the first time I’ve seen a human fail the Turing Test…

Touché. Stephen of Zenvestor, blog commenter at Tim Worstall's blog, is hereby appointed my "Person of the Month."

The man with the first telephone 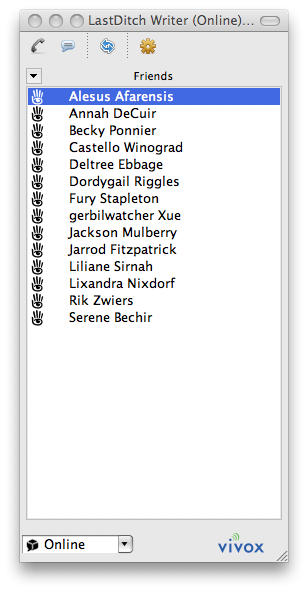 I remember having email when no-one else I knew (or wanted to know) did. It was the electronic equivalent, for a while, of the bean can telephones linked by string that we played with as children.

I also had one of the first mobile phones in Poland, during the testing phase of one of the first networks.  There were plenty of people I could call on landlines, so it wasn't the same experience, but there was again a sense of being a pioneer. What I mostly remember was how awful the service seemed when millions joined a network I had used with a few dozen others!

I wonder how fast the original telephone networks took off - and for how long the pioneer subscribers had no-one to call? I am experiencing something a little like that now.

Second Life finally has a "telephone line" to the outside world in the form of an instant messaging client called SLim. It allows voice or text chat from any computer connected to the internet with people "in world." It's a very good idea - especially for people stuck behind their corporate firewall during the working day or for those running SL businesses who will soon be able to handle enquiries from in-world without having to be drawn into SL - a world which has become even more addictively immersive now that 50% of all communication is by natural voice conversations, rather than on-screen text. I have just downloaded and installed SLim. I can see which SL friends are online, but until they download the application themselves and those little SL hand emblems go from black to green, it's useless! So I guess this  is what it must have been like to be the first in your circle with a phone.

Data losses are inevitable, perhaps. But is injustice?

PM admits data losses may be inevitable | Politics | The Guardian.

There is truth in what the PM says, as sometimes happens. To err is human and errors are "inevitable" as long as people are involved. But that's not the point. Forget the data stick. What about the papers a Minister left on a train? A civil servant was recently prosecuted for doing the self-same thing. He was convicted, fined and the press reported he "narrowly escaped jail". Will the Minister be prosecuted?

"Be you never so high, the law is above you" is the classic statement of the rule of law. We common lawyers would argue it was the founding statement of a free society, uttered by a judge in expelling a king from "his" court. More than anything, I hate New Labour for the way it protects its own - the way that there is one law for the aparatchiki and another for us. Is the Crown Prosecution Service an independent law enforcement body, or a pliant agent of the government? I think it's time for it to prove the former.

Is the BBC biased?

This is the most boring question in British political blogging. Usually all sides answer "yes", but say it is biased against them. The BBC's defenders regard this as evidence that the correct answer is "no". With apologies, I must ask it again.

Internet radio allows Mrs Paine to listen to the "Today" programme in Moscow. I am on holiday today and could listen with her. One of the three top stories was that social mobility in Britain "may" have improved under Labour. The source for this story is a "study" published by the Prime Minister's Strategy Unit, which cites selected academic sources. This is not exactly what I would call "research." The BBC did. When research is commissioned (let alone published) by an interested party, the BBC's response usually ranges from sceptical to dismissive. Not this time. Over and again, the story was pitched as good news.

I don't believe it. To the best of my knowledge, in the last 30 years, my escape from my origins has not been repeated by any other pupil from the crap comprehensive I attended. Those doors have slammed shut. Had I been born just two years later, being an intelligent and ambitious chap born in the wrong place, I would now be a gangster, a government employee or a Labour Party official (if you will forgive the tautology).

Don't rely however on my anecdotal evidence. Only last month, the OECD published a report which said, inter alia, that Britain is one of the worst developed countries in the world for social mobility. The BBC made little of this. Try googling that story, and you will find mainly obscure, low-traffic, news sites reporting it.  Nor has my belief been disputed, until now, by the Government. Indeed the Prime Minister made it clear he shared my view only a few months ago, but chose to blame the situation on Margaret Thatcher.

Reading around this "story", it emerges that the sole criterion used by the authors of the "study" in measuring social mobility was the relationship between the number of GCSEs passed by teenagers and their families' income. The fact that only one measure was applied suggests to me that this was the only one on which an improvement could be shown. The fact that it relates to a much devalued qualification may explain why the methodology of the "study" is little mentioned. I suspect that if the measure was "grade inflation adjusted", the outcome would be different.

Apart from blatant BBC bias, I draw two other inferences. Firstly, with Alistair Campbell back in the saddle, New Labour has resumed the only war they have had any success in fighting; The War on Truth. The OECD report was likely to be much-cited in a General Election campaign as evidence that Labour has failed in a  key political objective. General Campbell has deftly ensured a swathe of counter-factual headlines today and ensured that Labour activists googling the topic during an election will find plenty of fresh ammunition from friendly media sources. Secondly, Labour - buoyed up in opinion polls by the Conservatives' ill-judged support of Brown's massive overeaction to the banking crisis (throwing more taxpayers' money at it in absolute terms than even the Fed threw in America) - is planning a surprise election.

Conservative ineptitude may again have left us with no hope but the IMF to preserve us from more socialism. When Labour was at its lowest, I told my then opposite number - the leader of my University's Labour Club - that his party was betraying the country by not providing an effective opposition to Margaret Thatcher's government. "Democracy doesn't work without effective opposition", I told him. Thirty years on, the tables have turned.

This is the state we are in 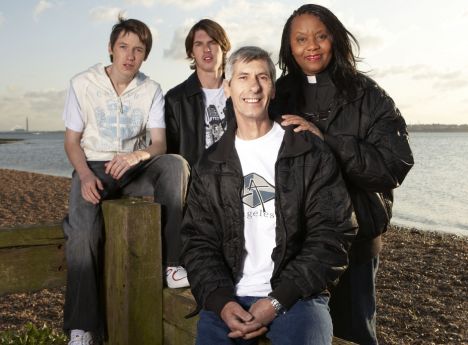 Ambush Predator: Just When You Think They've Sunk As Low As They Can Go....

I have nothing to add to JuliaM's uncharacteristically restrained comments on this horror story. I can imagine what torment it is to this poor man. To know his son is "out there" and in desperate need of his loving care, but to be denied all contact. It is sadism. Not to be allowed to take him in and care for him. Not even to be allowed to see him. To know that he would never have been told, had he not been the only suitable organ donor! That he would have been kept in the dark about his son, as his son is being kept in the dark about him.

It would make a stone cry, but not - apparently - the statist scum who run our country. All natural feelings of family, love and care are alien to them. The words exist only to be twisted, distorted and spun for application as camouflage to the grinding processes of tyrannical power. The processes that allow losers like them to control the lives of millions and spend half of their wealth.

When you hear some smug leftist say "it takes a village to raise a child", remember this story. What they really mean is "your child is ours, to raise as we think fit." Tom Harris, do you understand yet, you insufferably arrogant man? You and your like - with your Marxian fantasies of community - are responsible for this misery.

Hmm. Whom to believe? An officer and a gentleman or a petty politician who turned his coat in the hope of office, after many years of failure? Tough call.