Who the LibDems really are

Vince Cable has inadvertently revealed just how little the Liberal Democrats are entitled to the first part of their name. Barclays has managed to stay independent. It has not resorted to taxpayers' money. Its shares have risen 10% on the news. And Comrade Cable thinks that's a bad thing.

Don't believe a mere security expert. Why would our beloved politicians lie to us? After all, if..

the only real value of identity cards would be to help state bodies share information about people...

I am sure there are a myriad other possibilities. Any suggestions?

She will not forgive me for posting this, but I am so filled with paternal pride at the younger Ms Paine's pumpkin carving that I had to show you. Before more traditional readers accuse us Paines of being un-English, let me explain that it all started when she was at an American School in Eastern Europe as a little girl. I had to carve them for her at first, but she soon surpassed me. I never even aspired to anything like this standard! 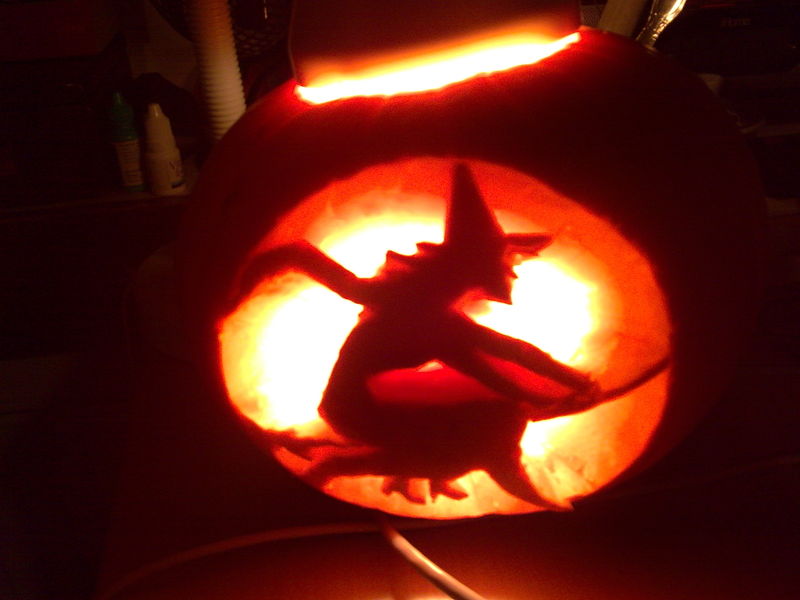 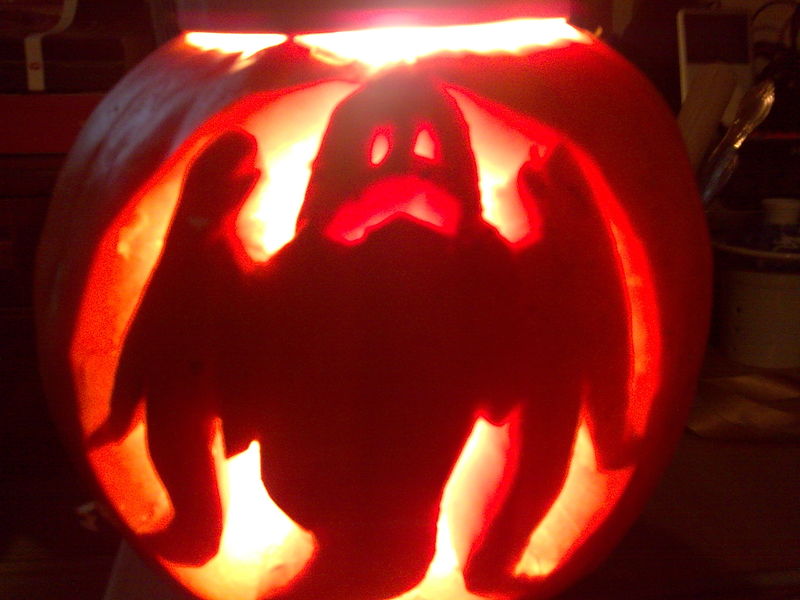 To bring it back to current affairs, do check out this site for political devotion expressed in the same field of endeavour. Pumpkin carvings are supposed to be scary, but in this case the thinking of the people carving them is much scarier. Can you imagine someone doing that for Gordon Brown or David Cameron?

25% of the adult population is drinking at hazardous levels, according to our lords and would-be masters. Personally, I blame them. Consider the following;

In a speech on public service broadcasting, at the London School of Economics, Jeremy Hunt, the shadow culture secretary, will say: “It’s not good enough for Channel 4 to say they are doing their bit with a Dispatches programme on alcohol abuse like Drinking Yourself to Death when 18 per cent of the screen time in Hollyoaks was accounted for by alcohol references.” He would not advocate the removal of all alcohol from television, he will say, “but just as it would be wrong in a plural and democratic society to require broadcasters to produce programmes that meet government objectives and promote social behaviour, so it is also wrong for broadcasters to produce programmes that legitimise negative social behaviour.”

We the politicians, not society at large, have the right to define what is "negative social behaviour." And while we don't (yet) insist that you should broadcast our propaganda, you shouldn't broadcast anything that contradicts it.

It's enough to drive anyone to drink. Cheers.

These islands belong to the rats 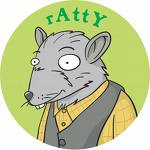 Now that humans are a minority on these islands, should we be regarded as vulnerable and in need of special protection? Or does the danger that our recession will reduce food waste and thus threaten the well-being of the rats mean that they are "at risk" and we should be taxed to subsidise them? Finally, if you are a politician, how would your answer differ if rats had the vote?

Be careful with the comments, people. I am all for free speech, but I will not tolerate any speciesism.

All over the country, businesses live in fear of their overdrafts being cut. If they don't have short-term facilities to cover the period it takes to collect their own debts, some perfectly good businesses will go down. It's already happening. How is the PM proposing to help them? He is going into the debt markets to compete with them for the limited supply of money. Given the choice between a debtor underwritten by taxpayers, both living and yet to be born, and a regular business, which do you think the financiers will choose?
Reagan's wisdom was never more apposite.

I don't understand how so many of us can obsess about trivia, when the situation in our country is as follows;

Public borrowing is already the highest it has been since 1946, reaching £37.6bn in the first half of the year. That was some 75 per cent higher than at the same point last year

I should point out that £37.6bn is not the National Debt. That stood at £632bn immediately after Northern Rock was nationalised (plus unfunded public pension liabilities in excess of £800 billion). No, £37.6 billion is just the annual amount the Government is currently adding to it.

It's not enough apparently. Darling/Brown now want to borrow even more in a Keynesian bid to stimulate recovery. Rather than cut spending and taxes, they want to spend their way out of a recession that should be nothing more than a return to economic reality. Or, more precisely, they want to pretend that's what they are doing, in order to win one more election.

The sensible thing now would be to cut government spending, cut taxes and stop competing with business for such money as is available for investment. But that's not Brown's style at all. In a letter to the Sunday Telegraph today, 16 economists point out the dangers:

I am sure the PM will smile to read that. This bull market could never have run so long in Britain without the government running deficits. Brown blew his chance to manage public finances prudently so that the nation would have reserves in tough times. Now he plans to use this recession just as he has used 9/11 and 7/7 - as an excuse to ramp up state power.

PS: The estimates of the National Debt above were the best I could find in the MSM. Burning our money's estimate was last updated in February - when it came to £1,847.5bn - without the totally unfunded commitment to pay final salary pensions to public employees, which would bring it to "around £9 trillion. Or £360 grand for every household" That was before Gordon bailed out the banks. Goodness knows what the next update will reveal.

The Daily Mash is off form

As regular readers know, I am a fan of the Daily Mash. Today, however, it is not being brilliantly satirical as usual, it's just being rude. I hope the day never arrives when we "satirise" male politicians in such terms. I look forward to the day when such hurtful abuse of female politicians is seen for what it is. Before you tell me I have gone all PC, I am not calling for it to be banned. The authors are entitled to their free speech, as Governor Palin would agree. By the same principle, I am entitled to tell them that it's pathetic schoolboy humour and unworthy of them.

Lord Mandelson and the passive voice

I have remarked before that, during my brief stint as a criminal lawyer, I noticed that the bad guys are fond of the passive voice. Thus, not "I deceived the public", but "the public were [sic] deceived." My amateur psychological theory is that it disassociates the wrongdoer from his victims to make them appear the subject, not the object, of his sentences. Are there any psychologists among my readers who care to comment?

Sterling plummets, but all we care about is Deripaska's yacht

Sterling plummets on the back of Brown's debt-fuelled economy | Coffee House.

Can someone explain to me why the MSM is entirely focussed on the social lives of a couple of freeloading fools, when -as a nation- we are staring down the barrel of a financial gun? How can Brown's ratings improve when the situation is as Fraser Nelson so eloquently explains it?

I would love to hear Brown explain why sterling’s crash is a problem that started in America. It’s a problem that started in 11 Downing Street – when he decided to conceal debt, leverage up the British economy and personally design a banking regulatory structure that allowed UK banks to be literally the most leveraged out of any outside Reykjavik. Britain is, in many ways, becoming the new Iceland. So the fall in the pound will have some time to run yet.

Click through to the linked article to read, finally, in a small-circulation mainstream publication, what I have been saying for years. When will we hear it on the BBC?