I am delighted large crowds came to see four originals of Magna Carta on display. I am pleasantly surprised there are so many Britons who care; who must at some level understand its significance. It is a globally significant document; the embodiment of the concept of the rule of law, as opposed to the rule of men. Something tells me that none of our current rulers were in that queue. They are big fans of the latter, not the former.

The end of the Union

The Daily Telegraph is running a campaign to save the Union. It is too late.

Nor is this a matter to be decided, as the Scots and Welsh seem to think, by them alone. The Union is ours too and we can decide if we want it to continue, just as much as they. The faux-colonial way in which the Nationalists describe the situation is - and always has been - a mortal insult. This was never any more a question of "self-determination" for the Welsh and Scots than it was for the English. Indeed, until "devolution" (that ugly weasel-word of spin) occurred all citizens of the United Kingdom were equal before the law.

Before devolution all UK citizens were liable to the same obligations and enjoyed the same rights. A Scottish or Welsh vote counted for as much as an English one. Indeed, given that the Scots and Welsh voted en bloc for Labour, theirs counted for rather more. For most of my adult life, Socialists have governed the United Kingdom on the back of Scottish and Welsh votes. In 1979, I stood at the bar of a Welsh pub with my father on the day Mrs Thatcher won power. We smiled secretly (and somewhat dangerously) at each other as a distraught Welsh Labourite wailed; "How can she have won? Who voted for her? I never even met a bloody Tory!"

True, some of the injustice in the relations between the Home Nations was always there. There is nothing new about the Barnett formula, for example. One can therefore sympathise, up to a point, with those Scots and Welsh who wonder what the fuss is about. Up to a point. How politically stupid was it to draw the attention of English voters to established injustice, by demanding still more?

I nurture no ethnic hatreds. There are no ethnic differences here. Jan Morris in "her" book, "Wales," acknowledged that there was no way to know if you were Welsh, other than to ask yourself if you have a sense of "cymreictod" (Welshness). For many years, I thought I had. But the increasing shrillness and nastiness of nationalism and the manifest injustices of devolution, killed that. If you require me to think less of my English mother and grandparents on the basis of such trivia, then frankly - though my Welsh lineage is richer than most of yours - to hell with you. I stand now four square with Dylan Thomas, a Welshman and perhaps the greatest ever user of the English language, who famously said; "Land of my fathers? My fathers can have it!"

I would love to see these islands united. In my opinion, all men and women who teach their children the same nursery rhymes and who sing the same songs belong together. The Scots, Welsh, English and - for that matter - Irish have much more in common than they have to separate them. In truth, there is damn all to separate them but that most pathetic (and mighty) of forces; sentiment.

That the Union should have been so damaged by the film "Braveheart" speaks volumes as to the poor quality of history teaching in the UK. How many Scots know how ahistorical is the climactic scene in which Robert the Bruce confronts Edward Longshanks in Stirling Cathedral? From the film, you would never picture the truth: Two feudal leaders met; a Plantagenet King and a lord whose family came from Brieux in Normandy. They would have been united in regarding their waiting armies, Scots and English, as little better than cattle.  They would have spoken in Norman French or Latin rather than vulgar English. It had as much to do with today's nationalisms as I have with the Great Khan; perhaps less.

No attempt is being made, however, to address that ignorance. The field of historical battle has been yielded to the sentimentalists and propagandists. I wish I could hope otherwise, but we English are nothing if not pragmatic. It's time for our fellows in the Union to make it worth our while, or go. 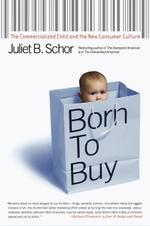 Why does a serious, supposedly right wing, newspaper give credence to a study producing anti-capitalist results, commissioned by the National Union of Teachers? For that matter, why should anyone take seriously an organisation telling us that "Commercialism" is bad for our children, when it also tells us that comprehensive education is good for them?

Frankly, I am much more concerned about the political propaganda which occupies so much of the curriculum in Britain's schools. I rather doubt that the NUT will be sounding alarm bells about that any time soon.

One part of this story did make me smile. The report informs us that

Nearly a third are unhappy with how they look.

I am surprised the Puritans of the NUT are not onto the problem. Surely physical attractiveness is "elitist", "divisive" and "unfair?" That more than two-thirds think they look just fine must be unacceptable!

[Note: to buy the book featured in the image (at a knock-down price which delivers the market's verdict on its thesis) click here.]

Which sci-fi character am I?

An experienced survivor who has maneuvered around many obstacles, you are looked up to by those who rely on your good judgment.

In the last few years, we've stumbled. We stumbled at the death of the president, the war, and on and on. When you stumble a lot you tend to look at your feet. Now we have to make people lift their eyes back to the horizon and see the line of ancestors behind us saying, "Make my life have meaning," and to our inheritors before us saying, "create the world we will live in."

John is a character in the Babylon 5 universe. You can read his biography at the Worlds of JMS fansite.

h/t Norfolk Blogger (than whom I can think of no-one who less resembles James T. Kirk)

Posted at 04:58 AM in Stupid time-wasting online quizzes | Permalink | Comments (5) She might as well complain of the inanities of paper. The medium is not, however clever-clever it might have been to say so, the message. That I may now find from my laptop, that which it would have taken me months and many libraries to research, will not cease to amaze me until I die. Yet already it is utterly banal to my children. Yes, I may find porn on the internet. That, I can also find in WH Smith. Yes, I can find inane, poorly-written literature. That, I can find in Waterstones or in a public library. The internet is neutral. Its content can be bad or good. I love and collect books, but they are no more intrinsically superior to words on a screen than was monks' calligraphy on parchment to the printed word.

What a shame that Lessing should have used the platform afforded to her by her Nobel Prize to say something so utterly stupid.

"I was standing there holding this boy by the scruff of his neck, and instead of worrying about being stabbed I was actually thinking, 'I'm going to get done for assault if I'm not careful'.

Those who misbehave have the rest of us in fear. It is simply not acceptable. And the crazed education, welfare and social policies of the barking mad ruling party are to blame.

Have we no dignity left as a nation? After the humiliating way in which certain Royal Marines conducted themselves in the hands of the Iranians last April, now "the teddy teacher" Gillian Gibbons feels the need to apologise to the very people who imprisoned her. How pathetic. As for her "respect" for Islam, what can one say? Of course there are good Muslims. I am sure that (as in most religions) more are moved to good works by their faith than are moved to evil.  But what about those who called for her death on the streets of Khartoum ? What about the ridiculous judges who applied Sharia Law in such an absurd way? What about the leaders of the genocidal regime which so ruthlessly exploited this petty incident?

To apologise for the "distress" Gibbons supposedly caused these groups was both ridiculous and an embarrassment. They deserve nothing but her (and our) contempt. Now that she is safely en route to the UK, we should evacuate our citizens, withdraw our ambassador and expel all Sudanese diplomats from the UK. Most importantly, we should cancel all financial aid to the murderous regime responsible for the Darfur genocide. We would have done so long since were they not members of the so-called "religion of peace."

Don't miss the Advent Edition of the Blogpower Round-up over at "Nobody Important." It's a sterling piece of work by JMB, showcasing the best and the brightest of Blogpower.

Link: Guardian Unlimited | Comment is free | Eat, drink and be miserable: the true cost of our addiction to shopping.

Commenting on Madeleine Bunting's sick Stalinist fantasy (linked article in the Guardian - where else?) of a "low consumption" society in which Government engages in "a massive propaganda exercise combined with a rationing system and a luxury tax", someone under the nom de plume "Tomahawk1" observes;

If only people in the real world were like the perfect ciphers who populate the dystopias of state socialism, Islamism and eco-fundamentalism.