"Disillusioned" was not an option.

PS: Apparently, if I were a South Park character, I would look like this 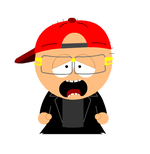 Posted at 07:23 AM in Stupid time-wasting online quizzes | Permalink | Comments (1)

The rights of cohabiting couples

Link: A Conservative's blog: The rights of cohabiting couples. 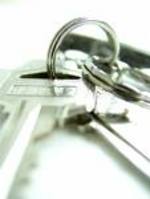 Benedict makes good points. Couples wanting to achieve the results proposed by the Law Commission could easily do so contractually - most simply by entering into the "standard form contract" known as marriage.

I sense my libertarian arguments usually fall on deaf ears. Benedict has anyway made the point that this is no business of the State. But has anyone considered the practical side?

Britain has a profound housing shortage, with prices at historic highs when calculated as multiples of average earnings. That is partly driven by the housing needs of millions of immigrants; partly by planning restrictions. It is also driven by the increasing number of people living alone. Rising divorce rates create more households from the same number of people.

If these "reforms" go ahead, people will think more carefully about moving in together. Even more homes that could be lovingly shared will stand half used. Already more people than ever die alone and unloved because they would not settle for less than unattainable perfection in their relationships. This proposal can only make that situation worse, as people become even more reluctant to commit to each other.

Not that I think it is for Government to engineer "socially-desirable" outcomes. People should live as they please. But even by its own grim logic of social order, this proposal seems misguided.

Labour's popularity arises largely from a false perception of prosperity provided by cheap debt. Britain's massive personal debts (greater than those of all other Europeans combined!) are largely the result of  "equity withdrawal" (a vile euphemism for hocking your home). That phenomenon is sustained by high and rising house prices.

I can't help but notice that these proposals will result in more single households, which will sustain demand for housing and keep prices high. This couldn't be about that, could it?