Pressure grows for ban on drinking in street

Link: Pressure grows for ban on drinking in street - Telegraph.

We really have to worry when our policemen and MP's favour the notion of collective punishment. The majority of drinkers, young and old, behave responsibly. Why should they pay more for their alchohol, because a minority misbehave? Why should they be banned from drinking in public places, because a minority are irresponsible? Once again, the authorities want to punish the decent and law-abiding, rather than confront the behaviours of the delinquent.

Responsibility is the key. "I was drunk" is no defence. Drinking is a free choice and those who do it remain responsible for their actions while in drink. There is no earthly reason, however, why we should be responsible for the actions of others - drunk or sober.

To me, the saddest aspect of the British "drinking culture" is the way it reveals the weakness of British friendships and family relationships. The photograph illustrating the linked article could never be taken in Poland or Russia (where hard drinking is rather more prevalent). The young woman's friends would not leave her in such danger. Euan Blair's little incident could never have happened there, because his friends would have seen him safely home. The Welfare State in Britain has hacked away at our humanity for so long that we are no longer, as a nation, to be trusted to look after each other.

Have a read of the comments to this post. One has to ask why the Labour Party, if it is the modern Social-Democratic organisation it claims to be, does not sling this man out on his Stalinist ear?

Steven Levitt: Economics for those who are not interested in Economics

I know this is quite old but I was telling my daughters about it over dinner last night and thought it could use another airing.

Blogging on the beach

How pathetic is it that I regard wi-fi on the beach as the mark of a civilised hotel? How sad is it that my family agree, as it means I am keener to join them there?

Brown spends £39bn in first seven weeks in No 10

So he is going for an early election then? After all, why worry about the lack of party funds, when you can spend the taxpayers' money on campaigning?

I endorse the Thunder Dragon's endorsement. Why would you want to give further business to companies which plan to assist in the Government's destruction of Britain's liberties? Sign up now and make them think twice. 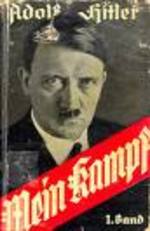 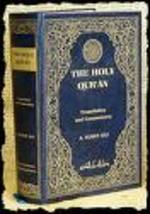 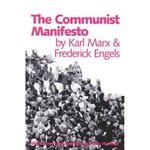 This article illustrates several points about contemporary European politics. First, the irony that a "Freedom Party" should call for the banning of a book. In the second half of the 20th Century, "Progressive" Socialism was so much the accepted norm that the very idea of "freedom" became tarnished. Freedom was the opposite of the community control required to implement the Socialist Dream. Freedom was selfish. Freedom was bourgeois. In such circumstances, it was easy for people who opposed Socialism to adopt the word as a mere provocation, much as the Race-driven Statists of the BNP usurped our flag in the face of the "internationalism" of the Class-driven Statists of the British Left.

Secondly, once you start to ban books there is an inevitable progression by analogy to the banning of more. In the aftermath of the horrors of WWII (much worse for the Continental Europeans than for Britain and America) it must have seemed a "no-brainer" to ban the book that started it all. Part of me cynically suspects that Mein Kampf is banned to conceal how obvious Hitler's intentions were. We needed to pretend that German voters did not know what they were doing when they elected Hitler. Without that pretence, reconciliation would have been harder. However, I am sure that the overall intent of the ban was good. Yet, as this Dutch MP illustrates, it is easy to argue that other books are "just as bad." Indeed, judged in a detached fashion, the Koran may be worse. Certainly it has the potential to prove more lethal. A religious book is inherently more dangerous than a secular text as it appeals to faith, rather than reason.

Thirdly, the article illustrates the dangers facing Europe in retreating from multiculturalism. Nowhere was more "liberal" than the Netherlands on such issues. But the assassination in the street of Theo Van Gogh had a radical effect. The Dutch have realised, more quickly than less liberal nations, that their post-war consensus was a crock. Now the problem is to adjust its ideological position without swinging to the other extreme.

For me, all books are sacred. A book is a repository of knowledge, thought, beauty or even wisdom. Mein Kampf is a book that everyone should read in order to understand European history and to appreciate the dangers facing even the most civilised nation. Germany was, and is, Europe's most civilised nation. What could happen there, could happen anywhere. Certainly no-one who reads it can remain politically complacent. It was wrong to ban it, not least because any such ban leads inevitably to calls, like this one, for more. The more dangerous a book - and these, together with the Communist Manifesto, are the three most dangerous books in history - the more important it is that it is read by good people; not just by the evil and the vulnerable.

PM who does well in a crisis?

Link: PM who does well in a crisis - Telegraph.

How do the Government spin-doctors do it? Is it corruption? Hypnotism? Are they procuring sexual favours for journalists? Even the Torygraph presents Brown in a good light for two-thirds of this article before making what ought to be a killer point.

At the same time as Brown is posturing in the COBRA committee (what on earth has there been to talk about during six meetings in four days, other than news management?) the fact remains that;

If it emerges that the institute was the source of the outbreak, there will be some very difficult questions for Mr Brown, the man who has controlled the Government's purse-strings for the past decade.

It is. He was. While he struts Mussolini-like, the Opposition should be baying for his political blood. Brown has squandered the nation's wealth on the purchase of Labour votes, while neglecting the essential work of Government. It is time to affix a rope to a lamp-post, not to praise his "doing well in a crisis," grudgingly or not.

I am prepared to give Cameron time to sell his new Conservatism. However, it is hard to accept a Conservative leader who lacks the killer instinct.

Burning our money: Why Nimbyism Is Always Right

Link: Burning our money: Why Nimbyism Is Always Right. 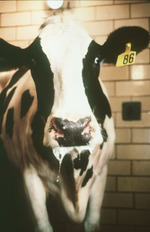 The ever-reliable Wat Tyler tells it like it is, as always. While the State Propaganda Arm presents Gordon Brown as the Saviour of the Nation in the face of potential disaster, Wat raises a wry smile with the comment that;

That's the first anyone round here has heard that the Lab's "extremely tight biosecurity" might not include the wind.

No-one can know yet how the virus was allowed to escape. How typical of this anti-business government of ruthless spin and lies, that it is already briefing against the private pharmaceutical company that leases space at the Government laboratory. Whatever the outcome of the investigation, that dirt will stick as the liars know full well.

The company is from the USA apparently. If the accusation is false, I hope it will follow the American Way and sue the lying swine. Not the Government, you understand. That would just be taking money from the taxpayers, so no-one in power would care. They should sue the individuals concerned. It is time they were taught that the Nuremberg Defence is not available to them and that they are responsible as individuals for the evil they do in the Government's name.

I would like to thank my wife, my mother, my daughters...

I am very pleased to have been voted the "Best Expat Political Blog" in the Witanagemot Club's blog awards. Thank you to everyone who voted for me. It is a little encouragement in time of dire need.