Dizzy Thinks: Interesting minutiae if you own a home

Link: Dizzy Thinks: Interesting minutiae if you own a home.

It all comes down to personal responsibility and risk for me.

To me, it comes down to property rights.

Margaret Thatcher let thousands of former council house tenants feel like free men and women because they could choose their own front door, change their windows and generally be responsible for their own property.

Labour has made millions of freeholders feel like council tenants by removing their discretion as to what they do with their own property.

These are not, as Dizzy thinks, "minutiae." Labour has retargetted the police force so that they will not come out if a respectable house is burgled. If you want to install security to mitigate that risk, you need permission from their cohorts (even new window frames now need their permission). They are quite likely to decline on the basis that security blinds etc (such as are quite normal on Continental homes) will make a residential area look "commercial." In truth, they think preparations against crime will challenge their lie that crime has been reduced.

So we must stay vulnerable to Nanny's favourite voters in order to meet Nanny's aesthetic standards. Dizzy says these matters are trivial. I disagree. They are fundamental. 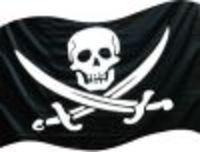 This story neatly illustrates the difference between the mainstream media and the blogosphere. It has been as plain as the nose on Brown's face for many years that he had ripped off the nation's pension funds with Maxwellian abandon. Bloggers, therefore, are relatively uninterested in what is - for us - an old story.

Conventional journalists and columnists however are beside themselves with excitement at documentary evidence that Brown understood and intended his heist. We can only conclude that they would have been happier to be impoverished by an idiot than a rogue. For myself, I am happy to allow the word "Socialist" to cover both possibilities.

Link: nourishing obscurity: [summary] ten points to put you off your breakfast.

There is much that is sad about James Higham's linked post, but perhaps nothing sadder than this:

"You can see from the blogosphere that everyone with a computer has his own 'take' on events and isn't really interested in anyone else's, except insofar as it supports his own conclusions."

Is it true? I hope not entirely, though there is certainly a grain of truth.

Months ago, I set myself the task of visiting political blogs of opposing views and trying to engage in debate. I called it my "smash the goldfish bowls" experiment, as I pictured each blogger as a solitary fish in a bowl. I didn't achieve much. One or two idealistic young chaps engaged with genuine pleasure but mainly it was, as James fears, a dialogue of the deaf.

Liveblogging about India from Singapore

There are huge movements of humanity underway at present. 200 million Chinese have moved from the countryside to the city in the last 10 years - the greatest migration in human history. In the next 10 years, if the speakers at the conference I am attending are to be believed, that record will be smashed. 300 million will migrate from the Indian countryside to the cities.

That means that, 10 years from now, 60% of all inhabitants of Indian cities will be newcomers. The cities themselves will inevitably have been transformed. $320 billion will be required in infrastructure investment alone, and then there is the question of all that housing...

Such a pace and scale of change is a huge challenge. It certainly puts Britain's problems in perspective.

Little did we think when we decided to send our children to a private school that we would be subjecting them to Cultural Revolution-type selection under which they would be punished for being "cosmopolitan elements" rather than "good proletarians." 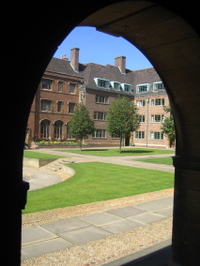 The joke, in our case, is that both parents are "good" proletarians (as if such nonsense matters). We were the first members of our respective working-class families to go to university. So we could have saved ourselves the biggest single expenditure of our lives, sent them to the local comp and watched them waltz (given their native talents) into Oxbridge on the basis of their exemplary class origins.

That would not have affected our decision. A good education is not a merit badge or a step to some career; it is an important end in itself. We know from direct, bitter experience that it could not have been guaranteed at the sort of State schools my wife and I attended (and in which she later had the misfortune to teach).

As it turns out, an additional benefit of educating them privately is that they can now learn about the all-important role of victim status in British society. Such status may sometimes (as in this example) provide short-term benefits. However, the moral debilitation involved in laying claim to it will always outweigh the advantages. The debased British educational Establishment is now unwittingly offering my children this lesson.

Frankly, I am more concerned at present about the Principal of their school. At a meeting for Lower Sixth parents' last weekend she managed to make the two following statements, within seconds of each other, without apparent embarrassment;

"Despite what you read in the papers there is no discrimination. However, it is true that your children may face more demanding entry requirements."

Logically, only one of these statements can be true. It seems she has learned doublethink, a key skill in British education.

From statistics provided by her assistant, it seems the school maintains a higher than average success rate in obtaining offers from all universities except Edinburgh, which now openly discriminates on ethnic grounds. Presumably, if it were not for less demanding entry requirements for State school pupils, that rate would be even higher. Our children will find themselves at University alongside students who did not (by the standards applied to them) deserve their places. Yet another free lesson in life from the British State.

Recruitement to universities on a social, rather than academic, basis must inevitably debase the educational currency.

Thanks to Iain Dale for pointing me to this article, of which he rather seems to have missed the point. According to the New York Post;

The latest report is that the Britons were ready to fight off their abductors. Certainly their escorting ship, HMS Cornwall, could have blown the Iranian naval vessel out of the water. However, at the last minute the British Ministry of Defense ordered the Cornwall not to fire, and her captain and crew were forced to watch their shipmates led away into captivity.

So New Labour is interfering politically in operational decisions at the front line. Iain approves of the decision  in this particular case, but that isn't the real issue. 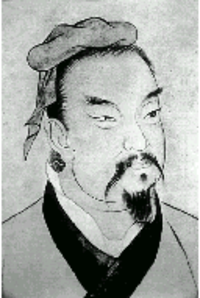 Sun Tzu the great Chinese general of ancient times and author of "The Art of War" was no gung-ho type. His most famous teaching was that "to win without fighting is best." But he was also clear that the authority of a general's political masters ends, when the general is in the field. Operational decisions must be taken by the military commanders on the ground. Only they are able to take the correct decisions on the spur of the moment. Any attempt to govern operational matters politically is usually fatal.

Taunted by a king and his courtiers about his martial abilities Sun Tzu once agreed to demonstrate them by marshalling the king's concubines. When the women made a joke of the whole process, Sun Tzu ordered the execution of the king's favourite. The king protested, but Sun Tzu told him that his authority as ruler ended once his troops were in the field. The woman was duly executed and Sun Tzu's point was made.

We have put our soldiers, sailors, marines and airmen in harm's way to meet a political objective. Once that objective has been set, the government must allow their commanders the discretion to achieve it in their own way. It should rely on their professionalism, holding them accountable for the outcomes.

Morale in the forces must be appalling at this moment. They know this government's priorities better than any of us - and they are clear that they themselves are nowhere near the top of the list.

Quite simply, this government is unfit for power. The present hostage incident demonstrates that point as clearly as Sun Tzu demonstrated his. The Iranians are making us look fools, which is fair enough. Only fools would be led by such people as these.

Guardian Unlimited | Comment is free | For Blair, it's child's play to make us all criminals

Link: Guardian Unlimited | Comment is free | For Blair, it's child's play to make us all criminals.

Even the Grauniad (almost) gets it.