British Forces at War: As Witnessed by an American

Thanks for the kind words in response to my "What is the point of blogging?" post. John East put me firmly in my place and I accept his deserved rebuke in the spirit it was intended. James Higham sympathised (that man is too good for this hard world) but also encouraged. Thank you, gentlemen.

Rob, however, played the guilt card by referring me to this account of what other members of Her Majesty's forces -products of the self-same educational system as the Tehran 15- were doing even as I whinged pathetically.

He was right to do so. I apologise and promise to shut up on this subject unless Des Browne says something really stupid later today.

Link: Harriet’s Blog » A particular pleasure to meet Janice Gregory AM in Wales.

Isn't it supposed to be the amateur blogosphere that is full of people boring on about trivia? This woman is a minister, with her own "website team," SpAds and spin-doctors. Yet here she is banging on about nothing much, rather like the most boring 70.5 million of the world's 71 million bloggers. Could she be more anodyne if she tried?

If she wanted to suck up to Welsh Assemby Member Janice Gregory for her vote for Deputy Leader couldn't she have written her a thank you note rather than clogging up my RSS feed with unction?

In all seriousness, for whom is she writing this?

That's an interesting question actually, so I thought I would try to answer it. She has no reader stats, natch, but according to Technorati 28 blogs link to her. This post doesn't help her in that respect, because I was already on the list, defending her honour from false accusations that she would be so crass as to hire someone to write this crap.

I had a look through the blogs linking to her and only a few appeared to be more or less normal Labour supporters. Except that a moment's googling revealed that one of them is the volunteer developer of her site, Jon Worth bigging himself up to potential paid employers as her blogging guru. His junior co-developer Helena Markstedt also gets in on the act.

So Harriet is really reaching out to the masses, then.

Bloggers4Labour are there but then they don't really have a choice. Then there's Leon from Pickled Politics weighing in with his predictable, if somewhat tepid, support, plus one lady (that will tick her off) rambling on about "gender stereotying." Blogs are supposed to be chatty. If Harriet lived up to her gender stereotype, she might be more worth a read.

Maybe if her political opponents stopped going there, she could give up what is obviously too great a burden?

Amusingly, if you click on "blogs" in the sidebar, my final picture (click to enlarge) shows what you get, as of now.

I'll take that as a confession then.

What is the point of blogging? 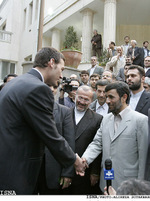 Why am I still here? As I watched the British prisoners suck down to the murderous pixie who leads Iran, my reasons for political blogging died. Britain’s educationalists, for so long more dangerous than any external enemy, have triumphed. Those young sailors and marines displayed the cultural cringe that must now betray us all. Faced with a deadly enemy, they saw an equally-valid culture as worthy of respect as our own.

They  probably, as one of my readers commented,  "don't know who Nelson was". However, I am sure they know all about Britain’s “wicked” imperial past. They will know everything of her role in the slave trade, save for abolishing it within her empire (only the second country to do so) and then using her navy to suppress it elsewhere. They will not know that the Anti-Slavery Squadron of the navy in which they now serve liberated 160,000 slaves between 1811 and 1867 off the coast of Africa.

They probably don't know the history of people abducted into slavery by Muslim rulers from British ships and English coastal towns. They will know, however, of every time their country has fallen short of the high standards set by Ghana, Nigeria or the Islamic world. They will also know, in their guts, that Islamophobia is a terrible thing, though they will not be able to explain why. Frankly, they will have been so brainwashed that you could stick “ophobia” after anything you liked and they would be automatically unmanned.

Why then should they risk a beating - or even the indignity of being mocked for their resemblance to Mr Bean - for a country they have been taught to despise? A country which suspects anyone who respects its flag of being a fascist? 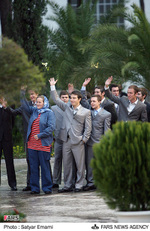 If (happy fantasy) we could now purge our Ministry of Education, Universities, teacher training colleges and the staff rooms of our bog-standard schools, where could we find the people to replace those we disinfiltrated? Generations have been lost to this self-loathing indoctrination. As Show of Hands sing in their song Roots;

We learn to be ashamed before we walk,

The great public schools now teach to the same National Curriculum and even independent-minded teachers tell pupils not to lose marks by, for example, critiquing the poems from different cultures added to the GCSE English curriculum.


“Yes I know it’s technically poor dear, but there are no marks for saying so.”

Our decline and fall will not even feature the fun and games with which Ancient Rome distracted itself at its end. If you Google for examples, it becomes hard to argue that England is hopelessly decadent. Puritanism is still a powerful negative force and every description of a pleasure, even in the advertisments for spas and resorts, is accompanied by a ritual justification to do with how hard we all work. The English don't feel they deserve pleasure. We are unlikely even to fiddle as London burns.

When our time comes, I fear that as a nation we will submit as meekly to dhimmitude as the 15 submitted in Tehran. Perhaps one day, from the ashes of an Islamic Republic, a new England will rise.

Until then, is there any point in wasting breath, ink or bandwidth?

You are Lex Luthor

How Rare Is Your Personality?

Which Superhero am I?

You are Green Lantern

I am delighted. GL is my favourite superhero. I am slightly nervous about being 60% Supergirl though.

The Thomas Paine Society - An Introduction

I never thought I would be a member of any organisation that had Michael Foot as its President and Tony Benn as its Vice-President, but (in my real name) I now am. Still, it's hard to dislike people who treasure Tom Paine's memory, however politically misguided they may be.

By all means click "Application Form" to download a PDF which, sent by quaint old-fashioned snail mail and accompanied by a cheque, will allow you to join me, Michael and Tony as members of The Thomas Paine Society.

OK, I give up. Who is this regular visitor? And how come his Internet Service Provider is in Canada? 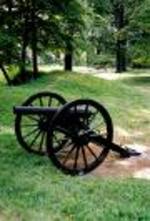 I have just realised that I failed to notice the second anniversary of this blog on March 15th. Coincidentally, that was also the 25th anniversary of my qualifying as a solicitor (a word I have hardly used in 15 years outside the UK, as "lawyer" conveys the meaning without the sniggers).

So, anyway, I am almost a full month into the third year of "The Last Ditch." I am not sure I have achieved any of the objectives I set myself two years ago. However, like so many things in life, blogging has brought benefits (and costs) I never anticipated.  So far, the former outweigh the latter.

I will try to remember the next anniversary, if only as an excuse to drink some decent wine.

Petition to: honour the former Prime Minister of the United Kingdom, the Baroness Thatcher of Kesteven, by naming a ship in Her Majesty's Royal Navy "HMS Iron Lady".

Link: Petition to: honour the former Prime Minister of the United Kingdom, the Baroness Thatcher of Kesteven, by naming a ship in Her Majesty's Royal Navy "HMS Iron Lady".

Go on. Click the link. You know you want to.