Link: BRIGHTON-REGENCY-LABOUR-SUPPORTER: I wonder how many people at NO2ID etc have mobile phones?. 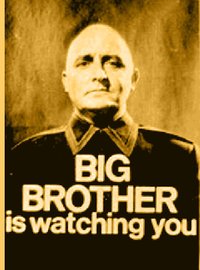 "I think we should track everyone and put their location on the internet for all to see (this way we can watch the watchers), we should DNA test all babies at birth and then every rapist/murderer/criminal etc would be caught first time (and know they can't get away with it). I know it sounds horrible that nobody could lie about their location and partake in criminal activity and easily get away with it- but what would be really horrible are all the victims who suffer because we shy away from using available technology that would protect them."

Imagine living your whole life in the knowledge that your boss, your wife, your mother or the editor of the local newspaper knows exactly where you are at any time. If you can face that with equanimity, you have no life. This is clearly a man to be pitied.

Sun Tzu observed that in an army, even the cowards are useful as they show a general where the battle is most fierce. In a free society, pathetic servile wretches such as this are useful too. They show the rest of us how far we could fall if we cease to be vigilant. 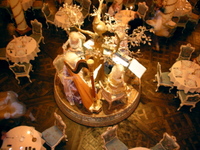 We celebrated at Moscow's superb "Turandot" restaurant (rumoured to have cost $50 million to fit out). Judging by the gilding, that may be an underestimate. The food was good too and the music (see picture of bewigged "band") was excellent.

Thanks to the readers who were kind enough to send birthday wishes. Now it's back to real life, and to modest attempts to promote liberty.

Kenyans are not black. Discuss.

For the benefit of the thousands drawing salaries in Britain's race relations industry, here are two free people - black and white - debating racial issues. Columnist Debra Dickerson defends the ludicrous contention that Barack Obama is not "black," taking in good part the deserved oral fisking she gets from the show's host, Stephen Colbert.

The most magical moment is when she accuses him of racism. Assuming any British TV presenter had the balls to put himself in this position in the first place, that's the point he would have to end the joke or curl up and die. Not this guy.

When Britain gets to this point, we may have a free country on our hands again. In the meantime, just watch and enjoy. H/T FreeBornJohn 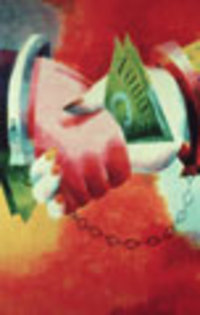 It's good to see the Sunday Times returning to an honourable tradition of investigative journalism, after 10 years of - like the rest of the Murdoch empire - serving as New Labour lickspittles.

I am not surprised by this story. I continue to be surprised however by the lack of public fury. On the days when I am tempted to give up on my country it is not because it is run by bad men. There are always bad men anxious to have access to state power. I despair because my fellow citizens don't seem to care. Until they do, no amount of investigative journalism will help.

Here is a piece from our guest blogger today, Guthrum. He wrote this while I was in Cannes earlier in the week, but it provides convenient "cover" for me today, while I get steadily sozzled on my birthday. Over to you, G. 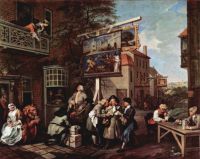 As Tom is enjoying the south of France, he has been kind enough to allow me to share some of my thoughts on the constitutional challenges we all face.

It has been nearly one hundred and seventy years since the great Reform Act of 1832. This Act was passed as a rational attempt to reorganise political life and to head off the revolutionary undercurrents of the 1820's and 1830's, in the post Napoleonic period.

Rotten boroughs like Old Sarum that had eleven houses and could return two MP's in the gift of the local land owning aristocracy, were swept away. Once passed the defects in the Act were apparent - the vote was based on a property qualification, for example. However, the fact that the reasons and conditions that caused it to be passed are barely remembered is evidence of the Act's success. The stability that it engendered spared Britain the convulsions of the revolutions that swept Europe in 1848.

In modern business parlance the Management of Change had been effective. Looking at the modern political landscape, I can see no sign of even of a willingness to even acknowledge that change is happening, let alone needs to be managed.

The Whitehall village is happy and secure in its two/three party system. Yet  voters are voting with their feet away from the current system, therefore depriving the political system of its legitimacy. The House of Lords has been tainted as a house of "experts" and turned into a place full of appointees who owe their place to the patronage of the Prime Minister of the day. The PM enjoys the rights of the Royal Prerogative, and can safely ignore the wishes of both Parliament and Country.

The Monarchy is to be passed to a man, who appears to think that his constitutional position is a soap box to influence public policy. Charles Saxe-Coburg-Gotha-Battenburg is not an elected politician and his views may be of interest to the readers of Hello magazine, but should have no more bearing on an elected government than those of any other citizen.

This Government has fought a war on the whim of one man, and is betraying the freedoms that have been fought for.

The political landscape needs to be managed. There needs to be an acknowledgement of our fundamental freedoms in the form of a written constitution with arrangements to strike down attempts to collect our personal data, correspondence and break into our homes.

Political power should be returned to the towns and cities of this country, with any position of real power being an elected one; police chiefs, Mayors etc. Unelected quangos should be declared unconstitutional if they handle public funds. Tax raising should be on a local level, with funds for national defence passed upwards, not taxation collected centrally then distributed downwards. Education should be on the basis of excellence and need. We need as many superb engineers as we need lawyers. This can only be done at local level. Education must stop being a political football.

The House of Commons should be reduced by about half, and instead of involving themselves like over paid social workers in the minutiae of our lives, MP's should restrict themselves to matters of state, foreign affairs and defence.

Personally I see no constitutional role for a hereditary Monarchy.

Unless the management of this constitutional crisis is addressed, the State will assume more and more power over our lives, simply to protect itself. It will be the end of any pretence of this country being a representative democracy, let alone a participatory democracy.

The celebrations get serious... 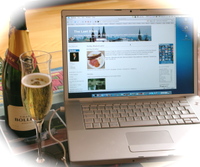 The Last Ditch at home, on the MacBook Pro where it all begins. 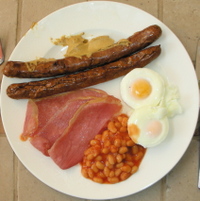 Just once, to begin the celebration of my birthday, Mrs Paine has suspended the normal rules designed to protect my health. It looked so good (despite the inauthentic bratwurst substituting for English bangers) that I thought I might have a Welshcakes Limoncello food blogging moment.

Today is my 50th birthday and blogging may well be light. Cheers! Fabian Tassano hits the nail on the head.

Very droll, but what about next year?

Blair's legacy to Brown? He must appear on Comic Relief next year as Rab C. Nesbitt, or be thought dour.